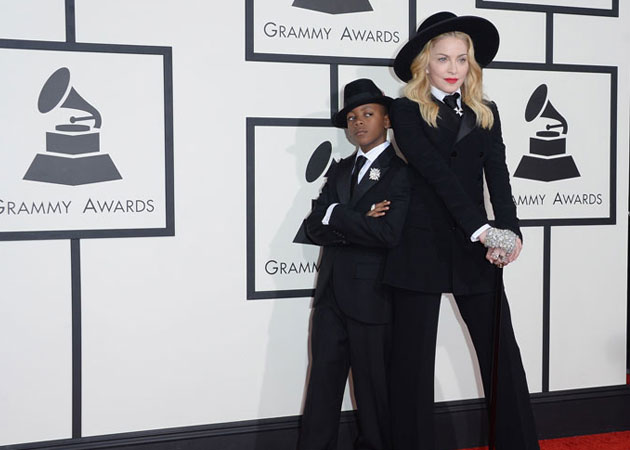 Pop star Madonna came to the 56th Annual Grammy Awards styled by her son David Banda, all of eight years old.
The 55-year-old walked the red carpet Sunday with David, who she adopted in 2006 with former husband Guy Ritchie, in matching black Ralph Lauren suits, completing the look with wide-brimmed hats, reports contactmusic.com.
When Ryan Seacrest asked whether he chose the looks, David replied, "Yes I did... Yes she does (follow my lead)."
David also admitted that he was still waiting for Madonna to buy him a matching grill as the Hung Up hitmaker flashed her own golden teeth for the cameras.
David said, "She said she'd get me a grill for this birthday", while Madonna replied, "We haven't had time, you have to go to the dentist and get moulds."