The suit, which seeks unspecified damages, alleges that the club -- 1 Oak -- should have taken special measures given that events hosted by the Look at Me Now artist had a history of violence. 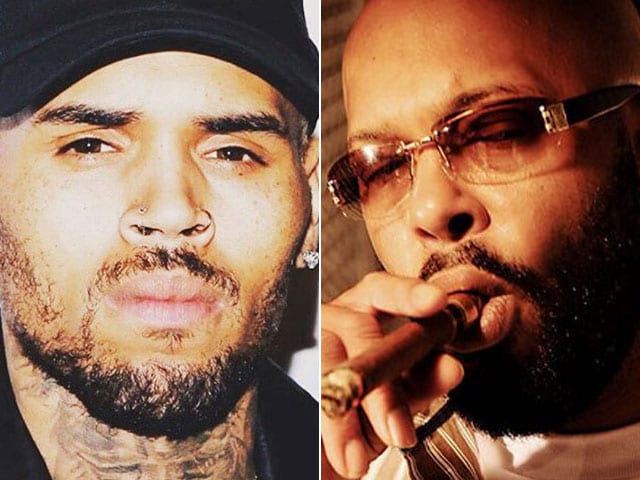 Former rap mogul Marion "Suge" Knight has filed a lawsuit against Chris Brown claiming that the R&B star did not hire adequate security at a nightclub where Knight was shot in 2014.
Filed in Los Angeles Superior Court, the suit also accuses the club's owners of failing to hire proper security at the party hosted by Brown and of allowing at least one armed person into the venue.
The suit, which seeks unspecified damages, alleges that the club -- 1 Oak -- should have taken special measures given that events hosted by the Look at Me Now artist had a history of violence.
Chris "was a known gang associate with a history of violence and had a well-documented track record of hosting events and/or parties in which violence frequently erupted," the suit states.
Marion survived gunshot wounds to the abdomen, chest and left forearm at the party and has said he has complications from those injuries, including a blood clot.
The rap music icon has been held behind bars since running over two men with his car, killing one, in January 2015 in Los Angeles.
Lawyers for Marion have argued he didn't intend to harm the two men outside a fast food joint in Compton and was trying to drive away after they attacked him with guns in broad daylight.
In the lawsuit filed on Monday, his lawyers linked the injuries he sustained at the nightclub shooting to the incident in Compton, saying they left him fearing for his life and still recovering.
"Mr Knight was still extremely frail from his gunshot injuries less than five months earlier," attorney J Tooson wrote in a statement carried by US media.
"When the facts are finally revealed in this case, we're certain it will be apparent that our client was simply trying to flee for his life."
Tooson declined comment on the lawsuit on Monday and attorneys for Brown could not be immediately reached for comment.
Marion co-founded Death Row Records along with hip-hop music king Dr Dre in the early 1990s.
The label launched stars such as Snoop Dogg and Tupac Shakur but collapsed in 1996 when Marion was jailed for violating a probation order by beating up a rival in Las Vegas.
He again served a 10-month jail stint in 2003 after getting into a fight outside a Hollywood nightclub.
(Except for the headline, this story has not been edited by NDTV staff and is published from a syndicated feed.)