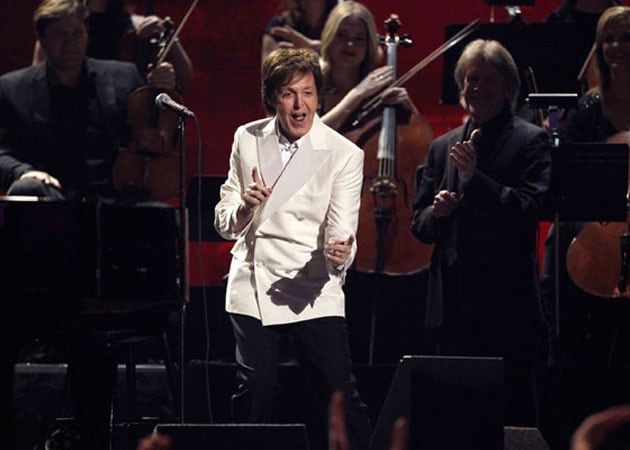 An image from one of Mr McCartney?s stage shows

The apps cost USD 7.99, less than the price of the albums on iTunes

Following in the footsteps of Bjork, Lady Gaga and Jay-Z, former Beatles member Paul McCartney has re-released five of his classic albums as apps.
Mr McCartney re-released Band on the Run, McCartney, McCartney II, RAM and Wings Over America through Apple's App Store. (Also Read: Paul McCartney's health woes)
The 72-year-old rock legend's apps will feature never before seen interviews of him, rehearsal footages, histories of the albums and photos taken by his wife, reported the Guardian.
The apps cost USD 7.99, less than the price of the albums on iTunes.