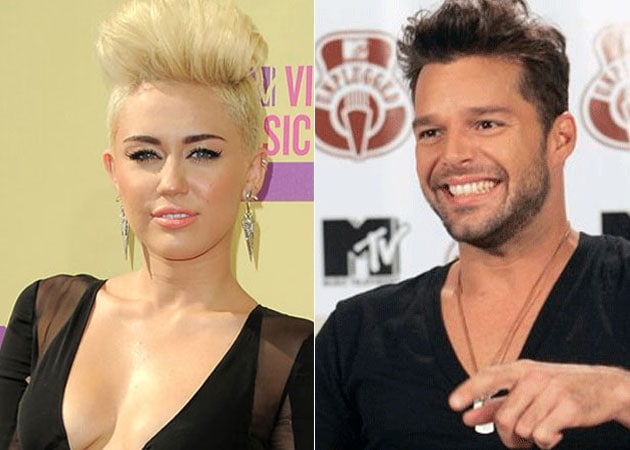 Miley will appear for the show from Manchester, England, where she is in the midst of her Bangerz Tour

Miley will appear from Manchester, England, where she is in the midst of her Bangerz Tour.

Singers Miley Cyrus and Ricky Martin have been added to the list of performers for the 2014 Billboard Music Awards.
Miley, 21, and Ricky, 42, will be joining the previously-announced performers including Jennifer Lopez, Pitbull, 5 Seconds of Summer, Florida Georgia Line, Jason Derulo, Imagine Dragons and Luke Bryan among others. (Also Read: Miley Slams Overdose Reports)
The event will take place on May 18 at MGM Grand Garden Arena, reported Ace Showbiz.
Miley, who made headlines for her controversial performance at last year's MTV Video Music Awards, is a finalist in eight categories this year, including Top Artist, Top Female Artist, Top Hot 100 Artist, Top Digital Artist, Top Hot 100 Song and Top Streaming Song.
She will appear from Manchester, England, where she is in the midst of her Bangerz Tour.
Ricky was previously named Top New Latin Artist on the 1993 Billboard Music Awards, nabbing Hot 100 Singles Artist of the Year - Male and Male Artist of the Year on the 1999 edition.