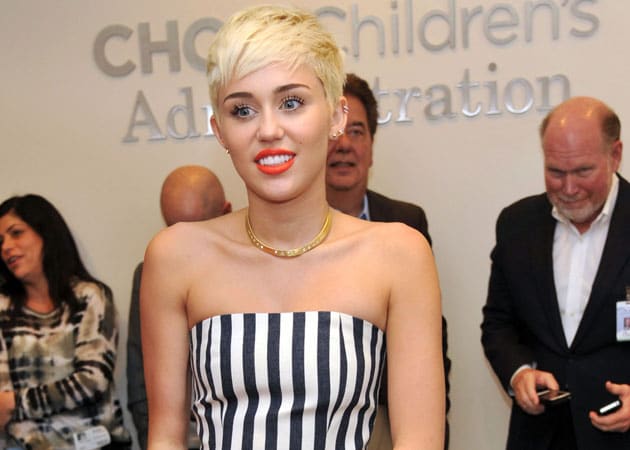 Miley also says that she doesn?t drink or smoke before her shows anymore

Singer Miley Cyrus, who resumed her Bangerz Tour after several weeks off following a severe allergic reaction to an antibiotic, has shot down drug overdose rumors.
The 21-year-old pop star set the record straight at a press conference at O2 Arena before she went onstage, reported E!Online.
"I didn't have a drug overdose. I took some antibiotics that a doctor gave me for a sinus infection and I had a reaction," she said.
"I'm feeling good. I'm the poster child for good health. I've been laying down for three weeks. I'm gonna go off-I'm like a star waiting to explode," she added.
She was out of the hospital on April 24, after which a brief setback kept her from traveling for a few extra days.(Also Read: Miley Says Alcohol Makes Her Sick)
"I'm on this crazy vitamin rush and crazy honey and lavender. I learned a lot about taking care of yourself [while she was laid up]. I'm probably the only one on this tour who doesn't drink or smoke before a show, as I take this really seriously," she added.