Miley Cyrus reunited with the Liam Hemsworth following their split in 2013. Liam is said to be eager to get married as soon as possible but Miley does not want to rush into the wedding 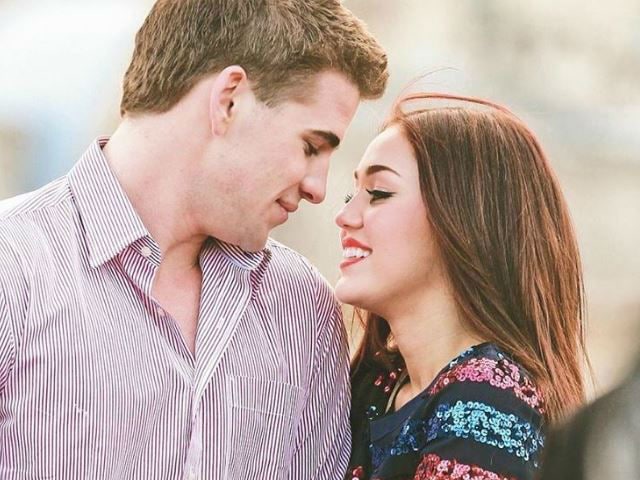 Singer Miley Cyrus, who recently got re-engagement to actor Liam Hemsworth, doesn't think she is "marriage material."
The Wrecking Ball hitmaker recently reunited with the 26-year-old actor following their split in 2013. Liam is said to be eager to get married as soon as possible but Miley does not want to rush into the wedding, reports Female First.
"She's dropping all these hints that she's not marriage material but he's not catching on at all," a source told Australia's NW magazine.
Liam's brother Chris, who has three children - India, four, and two-year-old twin boys Tristan and Sasha - with his wife Elsa Pataky, has reportedly clocked on to Miley's reservations and is worried things will go sour between them again.
"While Miley may love him, if they don't get on the same page soon, it'll only end in heartbreak for him," the source said.
The pair first started dating in 2009 after they met on the set of their movie The Last Song and got engaged in 2012. However, after a year, they went their separate ways.
(Except for the headline, this story has not been edited by NDTV staff and is published from a syndicated feed.)