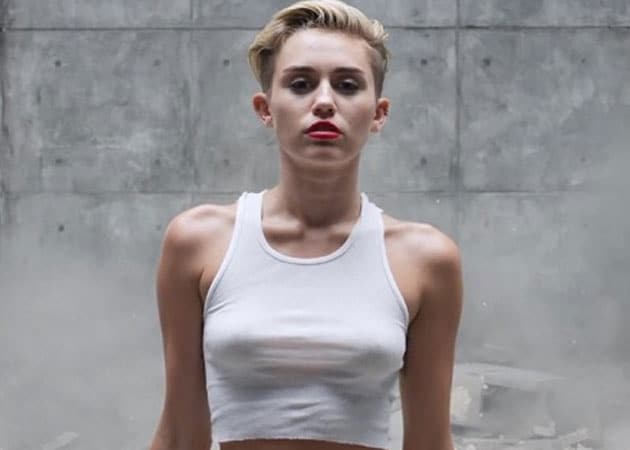 Wrecking Ball is the fastest video to cross 100 million views.

The music video for songstress Miley Cyrus' Wrecking Ball topped the list of Vevo's most-viewed music video of 2013.
The Terry Richardson-directed visuals has so far been viewed over 371 million times and is the fastest video to pass 100 million views in the site's history, reported Ace Showbiz. Released back in September, the raunchy clip features the former Disney princess going nude while swinging on the top of a wrecking ball.
It garnered 19.3 million views during its first day on the site, immediately breaking the previous record set by One Direction's Best Song Ever.
The 21-year-old singer's equally provocative We Can't Stop becomes the second most-viewed clip on the site, raking in more than 310 million views.
Will.i.am and Britney Spears' Scream & Shout surprisingly enters the list at number 3, earning more views than Rihanna's Diamonds, Katy Perry's Roar and Pink's Just Give Me a Reason.