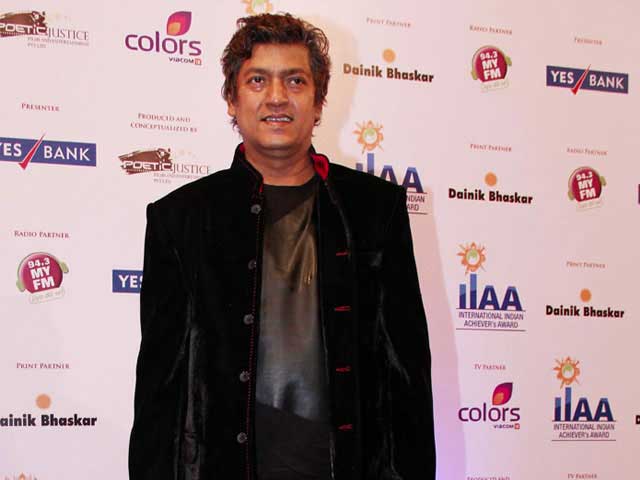 Aadesh Shrivastava was undergoing treatment for cancer for over a month

Mr Shrivastava is survived by his wife, Vijeta Pandit, a former Bollywood actress and sister of music-composer duo Jatin- Lalit, and their two sons -- Anivesh and Avitesh. Mr Shrivastava, who battled cancer five years ago, was diagnosed with the same disease again. He was said to be in a critical condition when he was admitted to the hospital

Bollywood singer-composer Aadesh Shrivastava, who was battling a relapsed cancer, died in the wee hours of September 5 in Kokilaben Dhirubhai Ambani hospital here. He was 51.
Mr Shrivastava had been undergoing cancer treatment at the hospital in Andheri for over 40 days.
"Mr Aadesh Shrivastava (51) expired at 12.30 am on September 5, 2015 in Kokilaben Hospital due to cancer," Dr Ram Narain of the hospital told PTI.
Mr Shrivastava is survived by his wife, Vijeta Pandit, a former Bollywood actress and sister of music-composer duo Jatin-Lalit, and their two sons -- Anivesh and Avitesh.
Last evening Shrivastava's brother-in-law and composer Lalit Pandit had told PTI, "He has been undergoing chemotherapy but he is not responding to it. So, the doctors have stopped giving him chemotherapy. They have an alternate theory. The doctors are trying to do their best and Aadesh is fighting it bravely."
Mr Shrivastava, who battled cancer five years ago, was diagnosed with the same disease again. He was said to be in a critical condition when he was admitted to the hospital.
Filmmaker Anubhav Sinha wrote on Twitter:

Over the course of his career, Mr Shrivastava had composed music for over 100 Hindi films, including Chalte Chalte, Baabul, Baghban, Kabhi Khushi Kabhi Gham and Rajneeti.
He got his first big break with film Kanyadaan in 1993. However, the film could not be released and its songs went unnoticed.
Mr Shrivastava delivered chart busters like Kya ada kya jalwe tere Paro, Haathon mein aa gaya jo kal, Sona sona, Shava shava, Gustakhiyaan, Gur nalon ishq mitha and Mora Piya.
He was a judge on the talent hunt show Sa Re Ga Ma Pa Challenge in 2005 and 2009.
Mr Shrivastava took to direction with his short film on child prostitution, Sanaa. His colleagues from the industry, including Amitabh Bachchan and superstar Shah Rukh Khan, were keeping a check on his health.
"Amit ji (Amitabh Bachchan) has been keeping a check on his health regularly over phone. He has been very helpful. Besides, Shah Rukh Khan had come to visit him too. Tina Ambani has visited him twice and she is also taking special care," Lalit had said.
"People from the music industry like Shaan, Sonu Nigam, Kumar Sanu, Alka Yagnik and Udit Narayan also have been visiting him regularly. Shekar Kapur, Govind Nihalani, Poonam Dhillon and others had come to see him too," he had said.