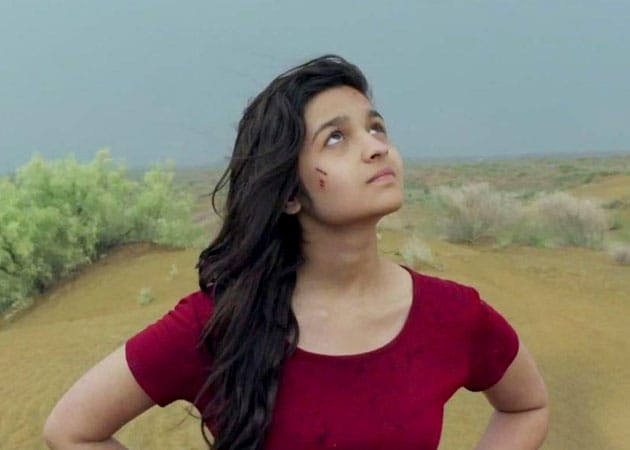 All in all, the songs of Highway will take music lovers to a different level - it's very powerful and magical.

Composer: A.R. Rahman; Singers: Sultan Nooran, Jyoti Nooran, A.R. Rahman, Jonita Gandhi, Kash, Krissy, Suvi Suresh, Zeb Bangash, Alia Bhatt, Sunidhi Chauhan, and Shweta Pandit; Rating: ****
Highway starring Alia Bhatt and Randeep Hooda, a romantic drama directed by Imtiaz Ali, boasts of nine tracks. The songs show A R Rahman's efforts at once again creating something enthralling.
It starts on a very soothing note with Patakha Guddi. Sung by the Nooran sisters - Sultan and Jyoti - the Sufi number is soulful. The song will make you feel free-spirited.
Sung by music maestro Rahman, Maahi Ve comes next. A love ballad, it has simple yet expressive lyrics mixed with Rahman's voice. This one will surely give you the chills.
Kahaan Hoon Main, sung by Jonita Gandhi, is a situational track. The touching number might make the listener question about what one is doing and what one really wants to do.
The fourth one is Wanna Mash Up? by Kash, Krissy and Suvi Suresh. This one is very urban and will connect with youth. It is not one of those fast tracks but has the ability to grow on the listener.
Next up is Alia and Zeb Bangash's Sooha Saaha. A very melodious lullaby, it will remind you of your mother. Alia's efforts are commendable.
What follows is Rahman's version of Patakha Guddi. The first track and this one are completely different. While the first one is earthy, this one has a Western feel. Though Rahman's voice creates magic, the effect is not the same.
Implosive Silence is next. Crooned by Jonita Gandhi, the song hits the right chord.
Sunidhi's Tu Kuja is placed eighth and will remind you of O Paalanhare from Lagaan. Though a devotional number, Sunidhi Chauhan's voice mixed with the music creates a very Western effect.
Heera wraps up the album. The song is comforting and melodious thanks to Shweta Pandit's voice and wonderful music.
All in all, the songs of Highway will take music lovers to a different level - it's very powerful and magical.