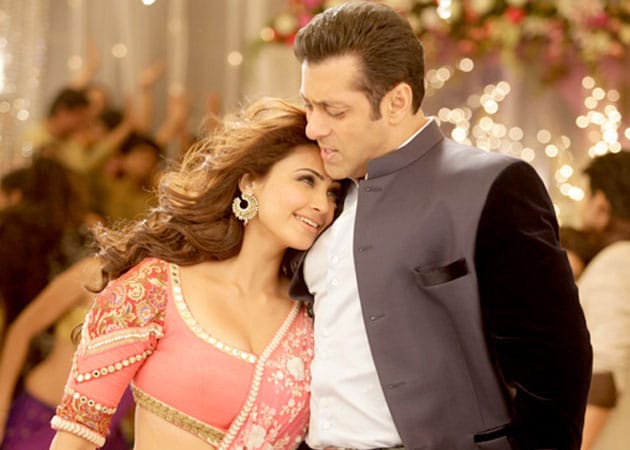 Jai Ho starring Salman Khan is an action-drama directed by Sohail Khan. It is said to be the biggest opener of 2014. Only time will tell if the viewers hail the movie or not.

Composers: Sajid-Wajid, Amal Malik and Devi Sri Prasad; Singers: Wajid, Shaan, Shreya Ghoshal, Shabab Sabri, Himesh Reshammiya, Keerthi Sagathia, Palak Muchhal, Altamash Faridi, Armaan Malik, Bhaven Dhanak, Brijesh Shandilya, Ujjayinee and Amal Malik
Rating: **
Jai Ho starring Salman Khan is an action-drama directed by Sohail Khan. It is said to be the biggest opener of 2014. Only time will tell if the viewers hail the movie or not.
The album has nine tracks, including two remixes, but the composers' efforts are nothing to write home about.
The album starts with Baki Sab First Class Hai, sung by Wajid. The song is good and relatable, but it's more like a speech given during a rally - the only difference is that it has music.
Next is Tere Naina Maar Hi Daalenge. It reminds one of Dagabaaz Re and Tere Mast Mast Do Nain songs. There is obviously nothing wrong in it, but why the obsession with naina? Nevertheless Shaan, Shreya Ghoshal and Shabab Sabri have done a great job and the composers too create an effect by using table.
Photocopy, sung by Himesh Reshammiya, Keerthi Sagathia and Palak Muchhal, is the third song. Himesh Reshammiya's voice has once again created its magic in the song. It is a good dance number and will be a hit during the Navratri season.
Tumko To Aana Hi Tha is a slow number. Crooned by Armaan Malik, Marianne D'Cruz's and Altamash Faridi, it has Indian as well as western flavour, but there's no "wow" factor in it. People need to understand that romantic songs are not only about some lovey-dovey lines and slow music. The song lacks emotions.
For a change, Love You Till The End (House Mix) turns out to be nice and peppy. Armaan Malik went behind the mike to sing the song. The beats are groovy.
Naacho Re follows it. Sung by Ujjayinee, it is a mess. The listener will surely have the 'What the hell' expression after listening to the song.
The Jai Jai Jai Jai Ho title track is an effort by singers Wajid, Armaan Malik, Brijesh Shandliya and Amal Mallik. Its chance of wooing music lovers in urban India is however bleak and it will certainly not be accepted in rural areas too, although the beats are good.
A remix version of Photocopy by DJ Angel is next on the list. It is good to the ears. An apt song for festive season!
Baki Sab First Class Hai, a remix by DJ Angel, wraps up the album. The concept of creating a remix version of anything and everything should be avoided. There is nothing good about it and it is a waste of time and effort.
Overall, the Jai Ho album has its ups and downs.