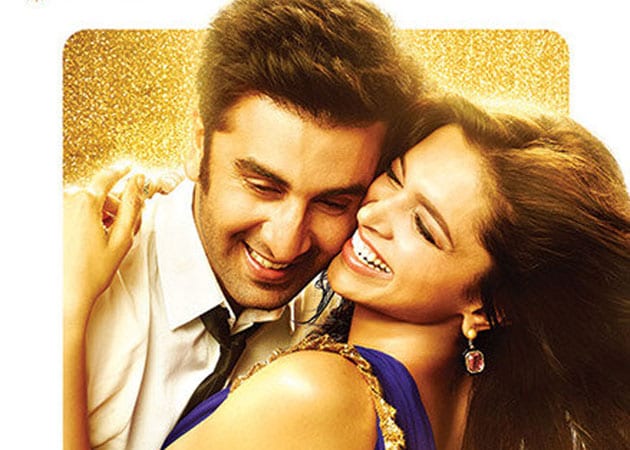 Packed with fast energetic numbers, the soundtrack of director Ayan Mukerji's forthcoming movie Yeh Jawaani Hai Deewani has nine tracks. High on energy and beats, it's an out and out fun and masti album.

Packed with fast energetic numbers, the soundtrack of director Ayan Mukerji's forthcoming movie Yeh Jawaani Hai Deewani has nine tracks. High on energy and beats, it's an out and out fun and masti album. Though the inclination is towards vibrant and youthful compositions, it does have its share of emotional songs.
The album has an energetic start with Badtameez Dil, sung by Benny Dayal and Shefali Alvaris. Get ready to groove to the number as its fast beats will definitely pull you to the dance floor. The young, peppy and crazy tune justifies the title of the movie. The peppy lyrics are in sync with the mood. Thoroughly enjoyable.
Nowadays, Holi songs are a rarity and Balam Pichkari, sung by Vishal Dadlani and Shalmali Kholgade, is one those rare songs. The naughty number would make you dance. The lyrics are witty. Its starts on a high note and ends on a high note. A must hear.
The third track in the album is Dilliwaali girlfriend which is sung by Arijit Singh and Sunidhi Chauhan. It may not be as perfect as the first two numbers, but the element of fun and naughtiness is intact in this one too. If the title has the word Dilli in it, then Punjabi element has to be there. The rap, in the beginning of song, is impressive and lyrics are fun. However, after a point it loses its grip.
Ghargra is the next track, an interesting duet by Rekha Bhardwaj and Vishal Dadlani. It has a touch of local tamasha and Rekha's voice sings the song in her typical way. With whistles and ghungroo sounds, the singers make it a fun number. The lyrics are worth paying attention to.
After all these dance tracks, the album takes a regional turn with Ilahi, a simple song, sung by Arijit. It has chorus by children singing in background brings freshness to it.
There is another version of the song called Ilahi reprised. It's faster than the original, otherwise the rest of the elements are similar to the original.
Rekha Bhardwaj and Tochi Raina come together for Kabira. The music is liberating and Tochi sings beautifully. It's a kind of song that grows on you. Not a very long number, it keeps the essence of the song intact. Don't miss it.
Another version of the number is Kabira Encore. Sung by Harshdeep Kaur and Arijit, it is way far better than previous one. Set in the backdrop of a wedding, it is blissfully rhythmic and beautiful. You would want to hear the song again and again for the way Arijit has sung it.
Last number is Subhanallah. A usual romantic number, talking about beauty of a woman, it will woo diehard romantics. Sreeram takes the mike for the song, which may not appeal so much to others.
Yeh Jawaani Hai Deewani soundtrack is impressive, young and crazy. It does have its weak points, but otherwise has excellent songs. A must hear for all music enthusiasts.