"In a way it is a good thing that you are just being driven by the song itself and nothing more. I think that's also a great place to be," she added 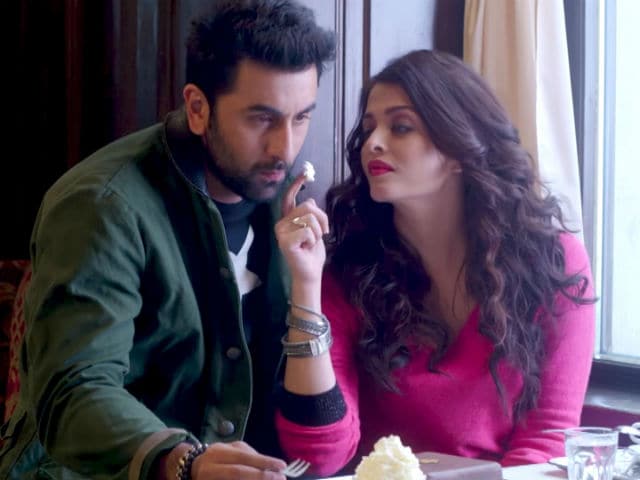 Her latest song Bulleya from Ae Dil Hai Mushkil is already a rage, but singer Shilpa Rao reveals she didn't know the track would feature actress Aishwarya Rai Bachchan, which worked in her favour.
The song has been composed by Pritam Chakraborty and the video features actor Ranbir Kapoor and Aishwarya.
When asked if she knew she was the voice of Aishwarya, Shilpa told PTI, "I had no idea. I simply had no idea. The only thing that was very charismatic for me was the song by itself. I didn't have any idea the song was for Ae Dil Hai Mushkil either."
"In a way it is a good thing that you are just being driven by the song itself and nothing more. I think that's also a great place to be," she added.
The 32-year-old singer made her Bollywood singing debut with Tose Naina from Anwar before rising to widespread prominence with Khuda Jaane from Bachna Ae Haseeno.
Shilpa, who has since then lent her voice to several hit tracks in films like Jab Tak Hai Jaan, Dhoom 3, Lootera and Bang Bang.
Once on board, Shilpa says there wasn't much of a specific briefing involved and she just followed the lyrics penned by Amitabh Bhattacharya.
"There wasn't any brief. Pritam just led me to the song. When you see the lyrics, they themselves are very self-explanatory to what the song means and what does it have to say. That way, Amitabh has that quality of keeping it very simple but the thought and the expression is spot on."
Still, for the Manmarziyan hitmaker, the song which is Sufi in its core while being lyrically rich, had its own challenges.
"To tell you the truth, it isn't an easy song. I did take some time to kind of get into it. When you hear the song it seems very seamless. But when you're singing it, it is very difficult to keep that composure and flow. I did take some time to live with the song and then sing it."
Though she has mostly sung tracks with meaningful lyrics and has shied away from item numbers, Shilpa says there isn't a very conscious thought to do that.
"I haven't put in that thought while making the decisions. Every song that has come way has been meaningful and at the same time had popular value to it. The credit goes to everyone who has cast me," she said.
(Except for the headline, this story has not been edited by NDTV staff and is published from a syndicated feed.)