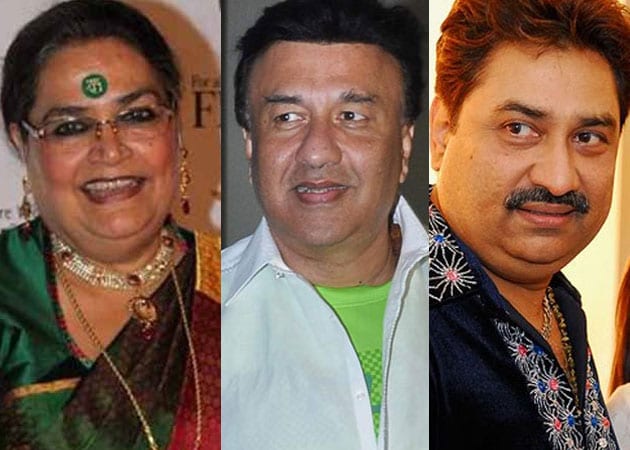 Singers like Usha Uthup and Kumar Sanu have condoled Manna Dey's death, saying that nobody can take his place and the legend will live with them forever through music.

Singers like Usha Uthup and Kumar Sanu have condoled Manna Dey's death, saying that nobody can take his place and the legend will live with them forever through music.
Dey was admitted to a hospital in Bangalore following a respiratory ailment and renal failure. He was on ventilator support for some time. He was 94.
Here is what the singers have to say about Manna Dey:
Usha Uthup: "I was completely shocked and saddened. We all know him for such a long time, but he is finally released from his pain. There is nobody who can take his place."
He was an original person. Be it classical or light songs, he used to sing with so much ease, he was a true gentleman. He will live with us through his music and his contribution towards the industry.
Anu Malik: I was completely shattered when I heard this because I was among the lucky ones who had a chance to meet him when I was 14 years old. He (Dey) sang a song for me. I have never met such a humble and simple person like him. All I can say is that Manna Dey can never die. He is a legend. His voice will live forever.
Kumar Sanu: It's a very sad moment for the industry. Singers like us followed him and reached where we are today. His songs have been so inspiring that we are still inspired by his songs and have learned a lot from them.