OK Jaanu Song Enna Sona: The new song from their upcoming film OK Jaanu, is a contrast to the title track of the film 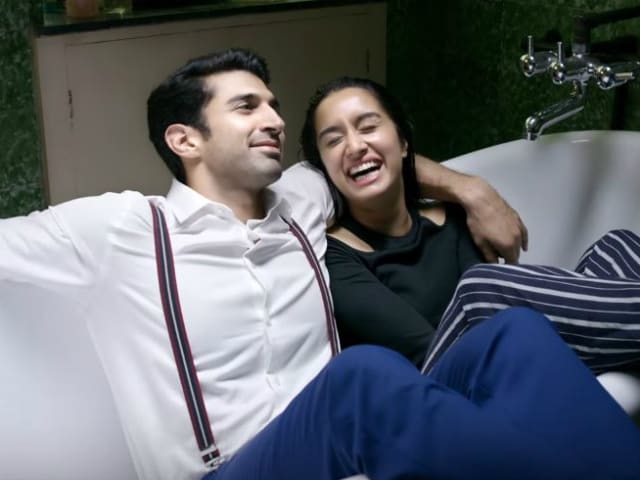 OK Jaanu Song Enna Sona: A still from the song

Aashiqs Aditya Roy Kapur and Shraddha Kapoor's Enna Sona, the new song from their upcoming film OK Jaanu, is a contrast to the title track of the film. Arijit Singh's voice is emotionally overloaded as he sings Enna Sona on behalf of Aditya. In the song, Aditya's character bares his heart out to the character played by Shraddha. Karan Johar, who co-produces OK Jaanu with Mani Ratnam, wrote: "Love is in the city...in the air... and everywhere," while sharing the song on Twitter. Ahead of the song's release, Shraddha shared: "It's time for all the late night unheard romantics to be heard." OK Jaanu is the Hindi remake of Mani Ratnam's Tamil hit OK Kanmani.


It's time for all the late night unheard romantics to be heard! What makes your jaanu Enna Sona?Talk to us and help the night pass by! pic.twitter.com/jfzuQX1liR

Aditya and Shraddha who feature as Tara and Adi, met in the busy city of Mumbai and grew affectionate towards each other. They start living-in and mid-way though their togetherness begins Enna Sona. An angry Tara drags a grumpy looking Adi into the camera frame for their 'first-fight' selfie. Tara and Adi head out to parties, break into dance moves on the streets and steal food from what appears to be their landlord's house together in the song. All their antics apart, they also have a signature Aashiqui moment in the song. Shraddha Kapoor and Aditya Roy Kapur are co-stars of 2013 hit Aashiqui 2.

Enna Sona has lyrics by Gulzar and is composed by music maestro A R Rahman.
Aditya and Shraddha's OK Jaanu released a peppy reworked version of A R Rahman's Humma Humma from the 1985 film Bombay earlier in December and the internet was flooded with mixed reactions:
Video: Watch Humma Humma here:

A week later, the title song of OK Jaanu was released. Sung by A R Rahman, the song is the recreation of Mental Manadhil from OK Kanmani.
Video: Watch OK Jaanu title song here:

Kill Dil director Shaad Ali helms the film which is slated to hit screens on January 13.