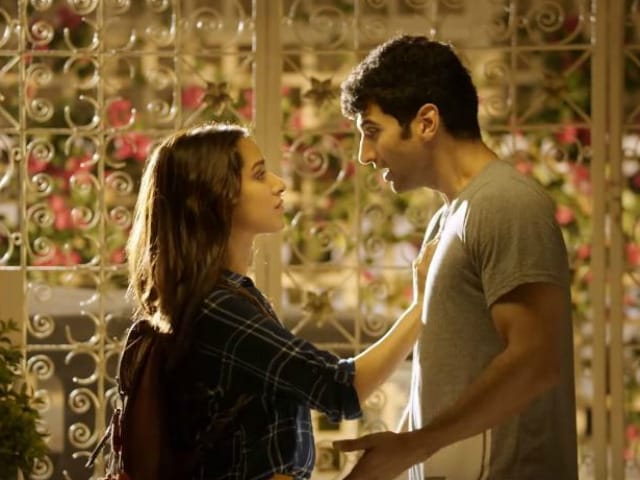 OK Jaanu song Kaara Fankaara: A still from the movie

Aditya Roy Kapur and Shraddha Kapoor's rapport in OK Jaanu is the ideal example of the perfect no-strings-attached relationship. Kaara Fankaara, the new song from OK Jaanu, only reconfirms that. The OK Jaanu songs released previously simply featured Tara and Adi - characters played by Shraddha and Aditya respectively, as having fun together. Kaara Fankaara is slightly different - the new song shows how Adi's constant stalking Tara ended on a good note for both of them. They formally meet each other at what appears to be a Christian wedding - they greet each other in gestures and shake hands with a row of people in between. Soon, Tara and Adi's story kicks off and with a bang. The almost three-minute-long video is the feel good song you need to watch right now.
Tara and Adi share apartment, play video games together, make love, party hard and surprise each other with sudden visits at work. In short, Tara and Adi set major relationship goals in Kaara Fankaara. However, emotions step in between Tara and Adi's relationship towards the end of the song when both of them appear gloomy and Tara even sheds a tear of two.
Oscar-winning composer A R Rahman has composed music for OK Jaanu while Kaara Fankaara has been sung by Shashaa Tirupati, Ashima Mahajan and Paroma Dasgupta. Artistes like Kaly, Hard Kaur and ADK have contributed to the raps.
Video: Watch Ok Jaanu song Kaara Fankaara here:

OK Jaanu is the Hindi remake of Mani Ratnam's Tamil hit OK Kanmani and is directed by Shaad Ali, who also helmed Kill Dil. This is the second time Shraddha Kapoor and Aditya Roy Kapur are co-starring after 2013's Aashiqui 2. Shraddha and Aditya's film is scheduled to hit screens on January 13.