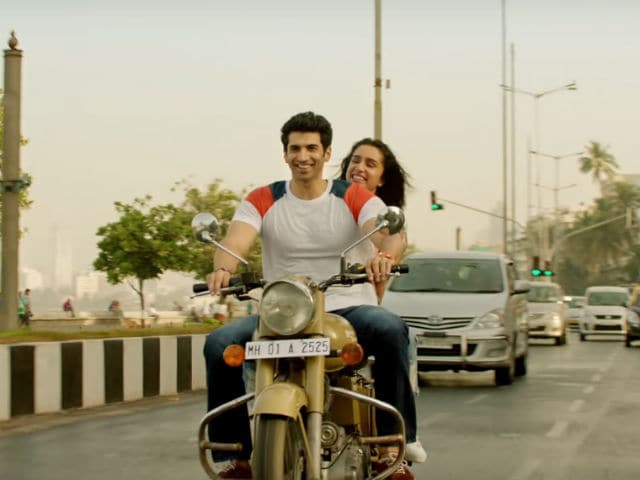 OK Jaanu will release on January 13

A week after the Humma Humma song was unveiled, the makers of the film OK Jaanu released the title track today. Sung by A R Rahman, the song is the recreation of Mental Manadhil from OK Kanmani, featuring Nithya Menen and Dulquer Salmaan. The song is highly refreshing and we see a carefree Shradha Kapoor and Aditya Roy Kapur enjoying a bike ride on the streets of Mumbai. OK Jaanu is the remake of Mani Ratnam's blockbuster Tamil film OK Kanmani that released in 2015. Shraddha, 29 and Aditya, 31, have paired up for the second time for OK Jaanu after Aashiqui 2.
Watch the song here:

OK Jaanu is a romantic film that deals with the love life of Adi, played by Aditya Roy Kapur and Tara, played by Shraddha Kapoor. Adi and Tara hate the institution of marriage and hence stay in a live-in relationship. The first half show the positive side of their relationship and the second half deals with the problems the couple face when they have to make a choice between their career and love. Naseerudin Shah plays a pivotal role in making Adi and Tara realise what's best for them.
The title song of OK Jaanu is quite charming and we totally loved the chemistry between Tara and Adi.
The film has been trending since the release of its trailer and then because of the release of the song Humma Humma, the reprised version of A R Rahman's Humma Humma, from the 1985 film Bombay.
OK Jaanu is directed by Shaad Ali and is jointly produced by Mani Ratnam's Madras Talkies and Karan Johar's Dharma Productions. The film will hit the theatres on January 13.