One Direction Will Take Break But Not Split, Say Members 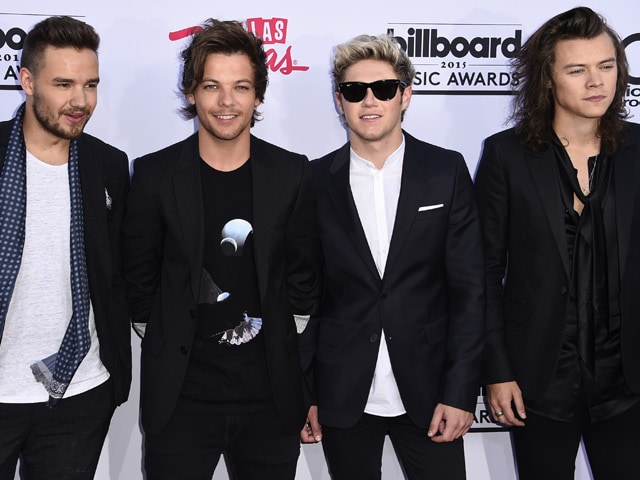 A file photo of boyband One Direction. (Image courtesy: AFP)

"We are not splitting up, but we will be taking a well-earned break at some point next year," tweeted Niall Horan, a member of the four-piece boyband

British-Irish boyband One Direction is to take a break next year, two members said on August 24, quickly reassuring the group's passionate fanbase that they had no plans to split up.
The comments followed a report in British newspaper The Sun citing a "1D source" that the band was to separate for at least a year, leaving the band's enormous global teenage following devastated.
Niall Horan, a member of the four-piece boyband, wrote to his 23 million followers on Twitter:

Ok so Lots of rumours going round. We are not splitting up, but we will be taking a well earned break at some point next year

Don't worry though, we still have lots we want to achieve ! Can't wait for you to hear all the new music we have for you and to perform

Your support is truly indescribable! It's just a break :) we're not going anywhere !!

A spokesman for the band had declined to comment on the report in The Sun, which followed speculation the band might break up after popular former member Zayn Malik, 22, quit due to stress in March. (Also Read: One Direction Releases First Single Post Zayn Malik's Exit)
Fans took to social media to express their shock, with Twitter user Lexie Noel posting that "I've never cried harder".
Battle-hardened fans offered advice to those going through their first boyband split.

It's ok One Direction fans, I went through this with Take That & Boyzone. You may feel like your heart is in a blender, but you can do this.

No Tour Scheduled
The band is due to release its fifth album before Christmas, and fulfil promotional commitments by the end of February, the report in The Sun said.
There is no tour scheduled for the new album.
One Direction's last scheduled concerts are at the Sheffield Arena in northern England on October 29, 30, 31.
They are currently touring North America and are due to perform in Milwaukee, Wisconsin on Tuesday.
Put together for a British television singing contest in 2010, Horan, Tomlinson, Malik, Liam Payne and Harry Styles swiftly developed a giant, fiercely loyal following of young girls worldwide. (Also Read: Zayn Malik Releases First Song After Exit From One Direction)
The chart-toppers have sold more than 50 million records around the globe.
Zayn has signed a new recording deal as a solo artist since quitting in March. "I am leaving because I want to be a normal 22-year-old who is able to relax and have some private time out of the spotlight," he said at the time. (Also Read: Zayn Malik Quits 'One Direction', Says Wants Normal Life )