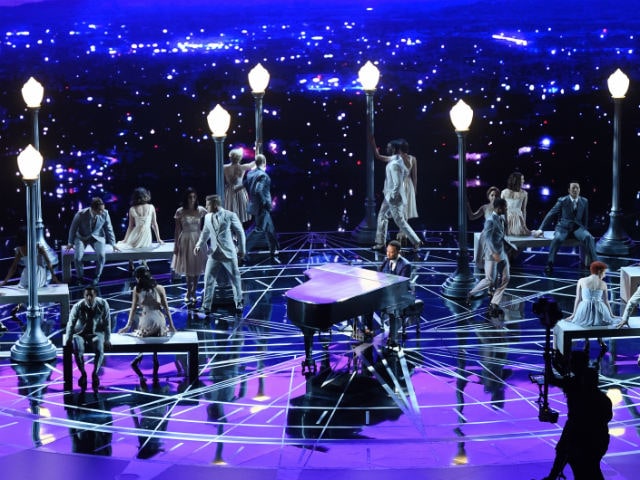 The 89th Academy Awards celebrated Damien Chazelle's much-loved musical La La Land in many ways, one of them being a special performance by John Legend. Mr Legend's performance of The Fools Who Dream and Oscar-winning song City Of Stars were accompanied by dramatic stage lights resulting in a surreal experience, which successfully transported the audience into the fictional La La Land. City Of Stars is composed by Justin Hurwitz and with lyrics co-written by Benj Pasek and Justin Paul. La La Land won the Oscar for Best Original Score, marking La La Land's fourth win at the awards. La La Land also received an Oscar in the Best Original Score category.
Here's a glimpse of the City Of Stars created by the singer at the Oscars: 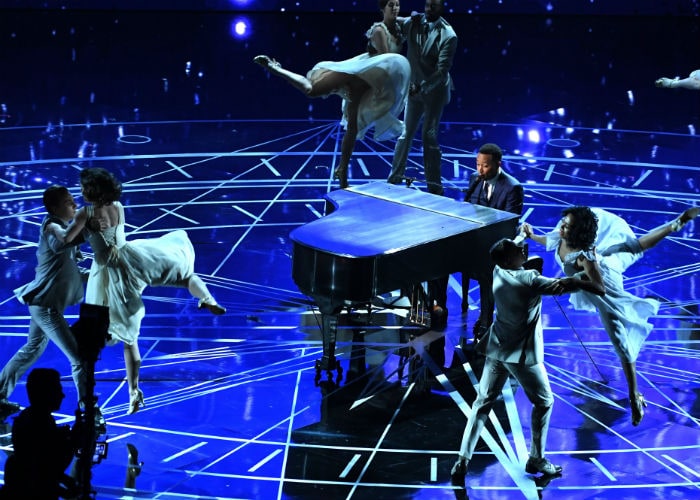 Ahead of the performance, Mr Legend was introduced on stage by the La La Land co-stars Emma Watson and Ryan Gosling. La La Land reunites popular Hollywood couple Emma Watson and Ryan Gosling while John also features in a significant role in the musical. Ms Stone and Mr Gosling star as an aspiring couple while Mr Legend plays a business-minded music composer Keith.
Meanwhile, Twitter said that it clearly loved every bit. "He nailed his performance of City Of Stars," read a tweet. "Wow, great performance by the one and only," read another.


@JohnLegend has such a soothing voice. He nailed his performance of #CityOfStars from #LaLaLand#Oscars#JohnLegendpic.twitter.com/xbyN8oWCKv

WOW, great performance by the one and only @johnlegend at the @Oscars2017_Live great job!! @chrissyteigen looks so proud #johnlegendpic.twitter.com/Bda9wrL3kC

Meanwhile, this is how the 'legend' prepped for his big performance on Sunday night:

John Legend is best known for songs like All Of Me, You And I, Love Me Now and Tonight. Meanwhile, Moonlight won Best Picture after a major Oscar goof-up, in which actor Warren Beatty and his co-presenter Faye Dunaway read out La La Land as the best film. Warren Beatty was apparently handed the wrong envelope.