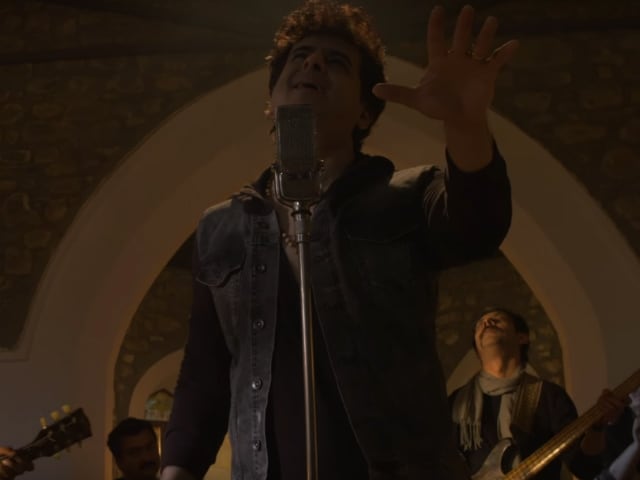 Palash Sen in a still from Jesus, The Lord Has Risen

Palash Sen's Euphoria has released a new single titled, Jesus, The Lord Has Risen on Monday, a day after Easter Sunday. Euphoria, whose songs are known to celebrate life, has adopted a religious approach in the new song, which is actually a tribute and a prayer to Jesus Christ. Touted to be India's first Hindi rock song about Jesus Christ, Jesus, The Lord Has Risenbecame a trending topic on Twitter and set Euphoria's lead singer trending. "Presenting India's first Hindi Rock song about the Rockstar - Jesus Christ," tweeted Palash Sen when he shared the song on Twitter. Unanimously, Twitter is in love with the song and says "Palash Sen has slayed it."
"Euphoria still tickles my ear. Hats off," wrote a tweet while another read: "Thanks Palash for making me to hear a Lord dedicated song in my native language. My best wishes to you." Another user had everything nice to say about the song: "Everything about this tune is enchanted," read the tweet.
Euphoria explained their reason behind composing the song and said in a note: "Rock might not be the music of choice and English might not be the preferred language for the film/music industry of India. Nor is Jesus Christ the commercially viable subject of a song. Well, then that's exactly what Euphoria is going to do."
Euphoria's Jesus, The Lord Has Risen is Twitter's new love:

Palash Sen's new single arrived almost a year after Halla Bol, which marked Euphoria's first single in 15 years. Halla Bol was trolled on Twitter as some accused Palash Sen of 'cheap publicity.'
Euphoria stepped in to the music industry with their debut album Dhoom in 1998 and gained instant popularity. However, Euphoria and Palash Sen are best known for songs like Ab Naa Ja, Mehfuz, Dhoom Pichak Dhoom and Maaeri.