Phillauri Song What's Up: Anushka Sharma Is The Bride Who Wasn't, In Mika Singh's Song 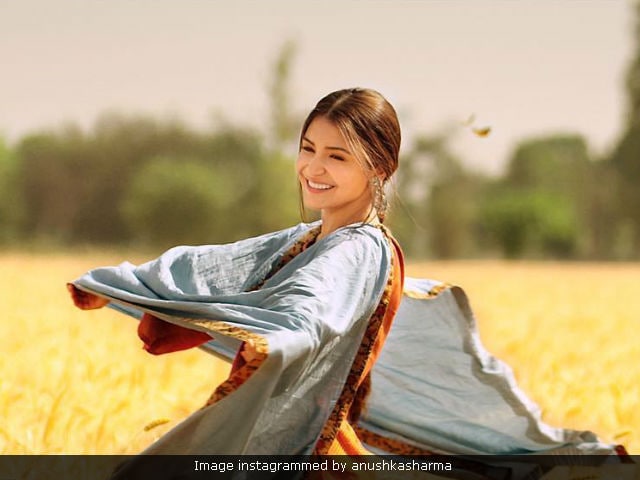 The makers of Phillauri released the second song from the movie today. The song titled What's Up will get you grooving to the Punjabi beats. The song shows Suraj Sharma's wedding celebrations and also gives a sneak peek into Anushka Shrama's past in the film. The song has been sung by Mika Singh and Jasleen Royal. Anushka Sharma features as the ghost bride in the film, who is still waiting for her lover, portrayed by Diljit Dosanjh. Phillauri is Suraj Sharma's first Bollywood venture and is scheduled to release in theatres on March 24. After her 2015 movie NH10, Phillauri is Anushka Sharma's second venture as a producer. The film also features actress Mehreen Kaur Pirzada as the fiance of Suraj Sharma's character.
Watch Phillauri song What's Up here:

Anshai Lal marks his debut as a director with Phillauri. The film has been produced by the Sultan actress and her brother, Karnesh Sharma under the banner of Fox Star Studios and Clean Slate Films.
Anushka Sharma was last seen in Karan Johar's Ae Dil Hai Mushkil along with Ranbir Kapoor and Aishwarya Rai Bachchan. The Band Baaja Baaraat actress is working with filmmaker Imitiaz Ali on his next venture titled The Ring along with Shah Rukh Khan. The 28-year-old actress is doing her best to promote her film on social media. The actress recently posted on Instagram giving her fans a chance to talk to the friendly neighbourhood spirit, Shashi.
Singer-turned-actor Diljit Dosanjh was last seen in Abhishek Chaubey's Udta Punjab along with Shahid Kapoor, Alia Bhatt and Kareena Kapoor. The film marked his Bollywood debut and earned him the Filmfare Award for Best Debut (Male).