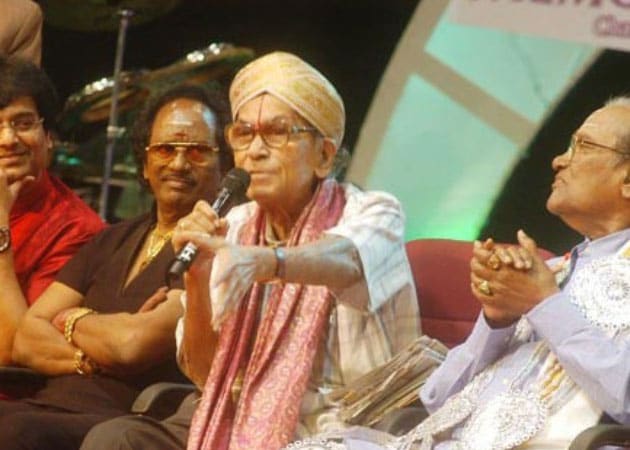 Veteran playback singer PB Srinivas, known for crooning thousands of chartbusters in southern languages, died here on Sunday, a family member said. He was 82.
"He was not keeping well for the last few days. He had difficulty in breathing. He passed away at his residence in Saidapet," the member said.
Srinivas approximately sang over 3,000 songs in a career spanning over four decades. He sang most songs for Tamil actor Gemini Ganesan and Kannada actor Rajkumar.
Some of his best songs include "Yaar yaar avar yaaro", "Neeli kannula needala lona" and "Ellu hogalla". His last song was from the 2010 Tamil film "Aayirathil Oruvan".
He debuted as a singer with Hindi film "Mr Sampath" and sang the duet "Aji hum bharat ki naari" with Geetha Dutt.
Producer Nagendra Rao noticed his talent and offered him an opportunity to sing in Tamil, Telugu and Kannada languages.
He is survived by two sons.