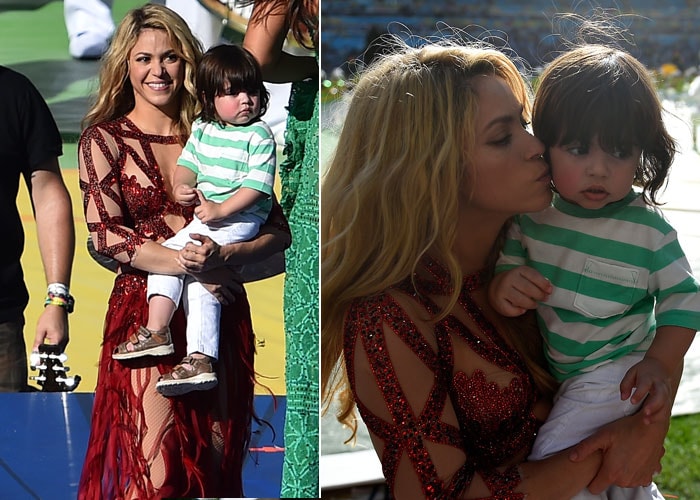 Shakira with her son Milan

Pop star Shakira and her partner Gerard Pique are reportedly expecting their second child together.

Pop star Shakira and her partner Gerard Pique are reportedly expecting their second child together.
The couple, who already have 19-month-old son Milan together, are said to be overjoyed about the prospect of becoming parents again later this year, reported Daily Mirror. (Also read: Shakira Creates Facebook History: First Celebrity Fanpage to Reach 100 Million Likes)
Fellow Columbian singer Carlos Vives, a close friend of Shakira, said, "Yes, she is pregnant and she's very happy."
Rumours that the 37-year-old was expecting first surfaced after she toned down her trademark belly dancing during her performance at the World Cup closing ceremony in Brazil two weeks ago.
The blonde beauty and her 27-year-old footballer boyfriend, whom she met in 2010, are yet to confirm the news.