Prince and the King of Pop: A Blockbuster 1980s Rivalry

They denied ever having a beef, but tensions between the two men sometimes spilled over into public. One such instance, recorded on grainy videotape, occurred in 1983 during a James Brown concert in Los Angeles 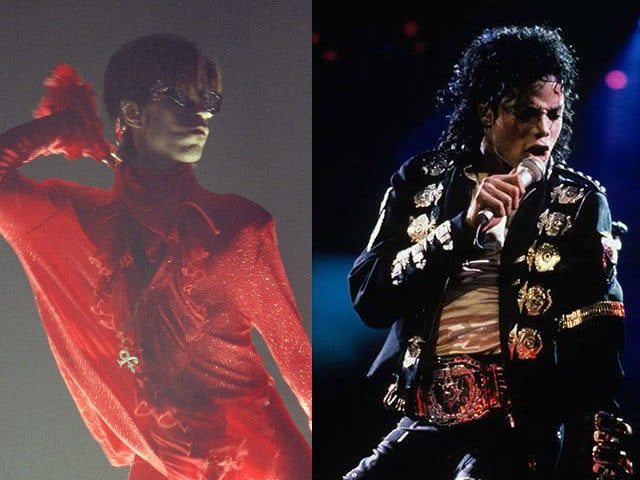 Prince and Michael Jackson were two of the biggest names of the 1980s, musical superstars jostling for supremacy in a golden age of pop.
Loyal fans around the world delighted in debating whether Mr Jackson's Thriller bested Prince's 1999 and Purple Rain, and the media liked to play up the idea of a rivalry.
They denied ever having a beef, but tensions between the two men sometimes spilled over into public.
One such instance, recorded on grainy videotape, occurred in 1983 during a James Brown concert in Los Angeles.
At one point, the Godfather of Soul summons Mr Jackson to the stage. He promptly moonwalks across the stage and pulls off some impeccable Brown moves.
Then Mr Jackson whispers something to Brown, who demands that Prince join them.
The diminutive legend plays a couple of licks on guitar and showed off some deft dance moves, but Mr Jackson notably ignores him.
In 1985, Prince was criticized when he pulled out of contributing to Mr Jackson's song We Are the World, which raised money for famine-stricken Ethiopia.
In 1987, Mr Jackson offered Prince a duet on his upcoming album Bad, but Prince declined.
Both born in 1958, the two singers came from very different backgrounds. Mr Jackson had been sculpted from his early childhood to become a pop sensation, whereas Prince was a self-made musician from Minneapolis.
The two showmen presented radically different images, with Mr Jackson cutting an iconic figure in his red leather jacket while Prince preferred thongs, ruffled blouses and overcoats.
Mr Jackson's pop seemed innocent and clean-cut, in contrast to Prince's lewd lyrics and overtly sexual performances.
One anecdote, recounted in the 2015 Jackson biography MJ: The Genius of Michael Jackson, tells of a time in 2006 when Prince invited Mr Jackson to his show in Las Vegas, then proceeded to walk into the audience, find Mr Jackson and play "aggressive slap bass" very close to his face.
"Prince has always been a meanie. He's just a big meanie," Mr Jackson supposedly complained afterwards.
Prince was the only one of the pair to publicly criticize the other, singing in the 2004 song Life 'o' The Party that My voice is getting higher/And Eye ain't never had my nose done, in a reference to Mr Jackson, who had multiple plastic surgeries.
Mr Jackson died in 2009 at age 50 from a lethal overdose of sedatives. Prince died Thursday at his secluded compound in Minnesota. He was 57.