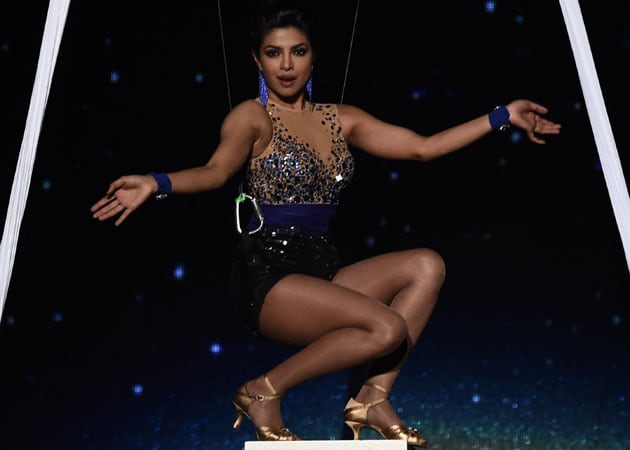 Actress-singer Priyanka Chopra, who premiered her new video for I Can't Make You Love Me here on April 28, was excited about the support of her "awesome friend", rapper Nick Cannon.
"So excited to be premiering the video for I Can't Make You Love Me in NYC. the Tribeca Grand is going be glorious tonight. I'm nervous," the National Award winning actress tweeted on the night of April 28. (Also Read: Priyanka is afraid of failure)
"Thank you Nick Cannon for coming to support me. You are an awesome friend," she added, along with a photograph with the multi-faceted musician.
I Can't Make You Love Me is Priyanka's third song after her last two hits, In My City and Exotic featuring will.i.am and Pitbull, respectively.
The Bollywood diva received praise for her new song during its New York premiere.
Thanking her fans, she posted: "It's been a wonderful night. Thank you everyone for supporting I Cant Make You Love Me. Blessed."