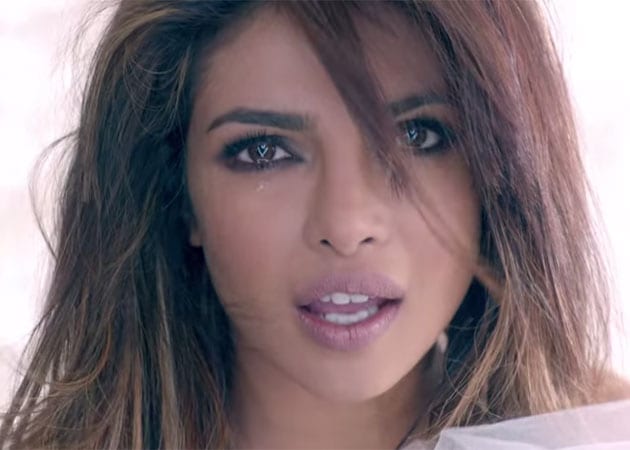 Actress-turned-singer Priyanka Chopra says she would love to do Hindi playback singing in her own films.
"I do plan to do that in my next few films. I would love to do playback singing. All my singles are in English and I would love to sing in Hindi as well. We are trying to work something out and you will soon hear it. I have always believed to push the envelope and try to do something different," Priyanka said.
Ask her if she is happy with the way her singing career is shaping up, Priyanka says, "I never thought I would become a singer but music was something that I have known even before I came into films. I really loved music and singing. I would often accompany my father when he performed on stage and he would always dedicate a song to me. I grew up with a lot of music."
Priyanka released her third single I Can't Make You Love Me. This is her third single after In My City and Exotic with Pitbull. She says the song is inspired by Bonnie Rait's classic track of the same name, which released in 1991. While Bonnie Rait's version was a soft love ballad, Priyanka's cover version is an electronic number fused with fast-paced and pop beats.
The video of the song explores moments from a one-sided romantic relationship, which is on the rocks. (Also Read: Priyanka has her heart broken in her new music video)
"I wanted the third song to be a solo single and we were deciding on which song should we go with. There were some really great songs but I felt an instant connect with this song. It's a special song for me, since it's a cover of Bonnie Raitt's ballad that has been done by several great artistes in the past. I remember singing this song when I was a kid," Priyanka said.
Through this single, Priyanka did not want to portray a depressed and sad girl but rather someone who has moved on from a broken relationship.
"When we are young we had a favourite song for every situation. This song was my heartbreak song. This is one of those songs which give a vibe that I am in pain but I will still survive it.
"When we a see a video of any heartbreak songs, we normally see that the girl is always depressed and sad but when we decided to shoot the video, I decided that it should be about a girl who is talking about her freedom and moving on rather than crying over a broken relationship," she said.