Raftaar Says He Will 'Never' Work With Honey Singh Again

When asked if he and Badshah intend to collaborate with Honey Singh in future, Raftaar told PTI, "I can only vouch for myself. Never." 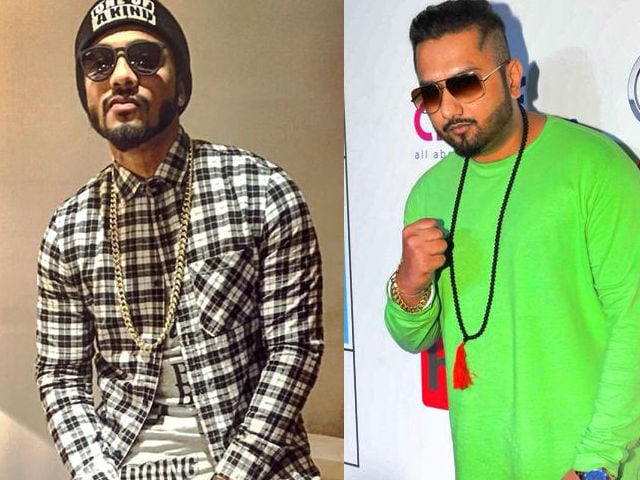 Raftaar and Honey Singh have been at loggerheads since March

Rappers Raftaar and Yo! Yo! Honey Singh have collaborated on hit tracks as a part of their group Mafia Mundeer but the former said that he is no more interested in working with the Lungi Dance hitmaker.
Raftaar and Honey Singh have been at loggerheads since March after the latter took potshots at rapper Badshah, who used to be a member of Mafia Mundeer.
When asked if he and Badshah intend to collaborate with Honey Singh in future, Raftaar told PTI, "I can only vouch for myself. Never."
Meanwhile, Raftaar is ready with his first solo single Instagram Love and though the musician has been in the business for long now, he feels this song is the perfect start to his career as a solo artiste.
The 27-year-old singer-composer has previously worked with popular music band RDB.
"I was waiting for the right time to start my solo journey. Before this, I was learning by being part of all the songs that you know me for. I am hoping much more from my journey," he said in an interview.
Instagram Love is about a guy falling for a girl after looking at her Instagram pictures. It is produced and released by One Digital Entertainment and DNH Artists.
Talking about the inspiration for the song, Raftaar said, "Basically this is how the new generation falls in love. Gone are the days when people use to meet in parks, malls, etc. Now, it is so easy to search for somebody on Instagram and easier to convince yourself that you are in love."
Personally, however, the young artiste does not like the idea of instant-dating.
"I don't approve of this as you don't fall for the actual person but the filters that they add on to themselves but as they say you can hate it but you can't ignore it," he said.
Fans and Hindi music film industry have embraced Punjabi rappers with open arms, but lately people have complained that rap has become boring and redundant with most of the songs sticking to the formula of booze, women and party.
"I agree, but I have never been the part of most. I have done songs like Allah-Ve for Coke Studio and Mother Nature on women empowerment, which get overshadowed by my own work that play in the clubs. Who do you blame?," he said.
The musician gave a sneak-peek into his upcoming projects, which include one with Oscar-winning composer AR Rahman.
"A lot of singles are planned as a part of my album, Zero to Infinity. Then there are endless list of songs with Manj paaji (singer-songwriter Manj Musik) and the rest of the team. There are a few Bollywood projects with Sachin Jigar, Pritam da and the mighty AR Rahman sir," he said.