Rahman's Jai Ho!: 'America and the Middle East unite for an Indian song' 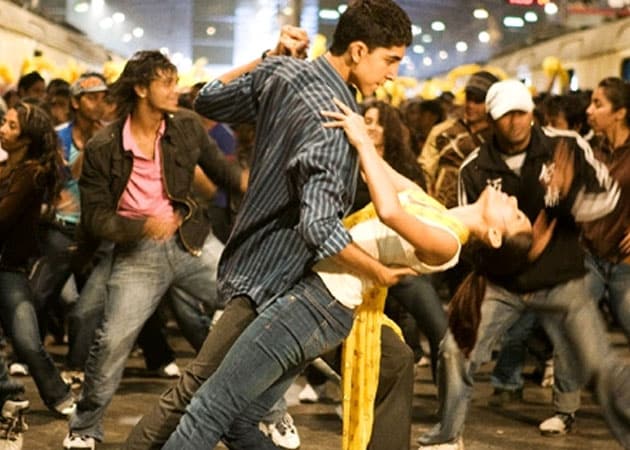 A still of the song from the movie Slumdog Millionnaire

Arab musician Alaa Wardi, known for his unique covers of Bollywood songs, has collaborated with American pop singer Peter Hollens to redefine A R Rahman's Oscar award winning song Jai Ho.
Rahman tweeted the song, saying, "America and the Middle East Unite for an Indian Song!"
Peter Hollens is an American pop singer and, according to his YouTube channel, he makes music with just his voice and mouth. A self-confessed fan of Bollywood, Alaa Wardi took the internet by storm when he uploaded an A Capella version of Pehla Nasha from the movie Jo Jeeta Wahi Sikandar in April 2013, which received more than one million hits.
The duo have giving a twist to Jai Ho by adding A Cappella beats to the original. "Let's hope AR Rahman tweets about this! Tweet it to him here," Peter Hollens wrote on his YouTube channel.
Composed by A R Rahman, Jai Ho featured in the 2008 film Slumdog Millionnaire and won an Oscar for Best Original Song and a Grammy for Best Song Written for a Motion Picture. Girl band The Pussycat Dolls also did an English cover of the song named Jai Ho (You Are My Destiny), which was re-released in their album Doll Domination.
Watch: