Rangoon Song Tippa: It is a detailed account of Miss Julia's predicament inside the train to Burma 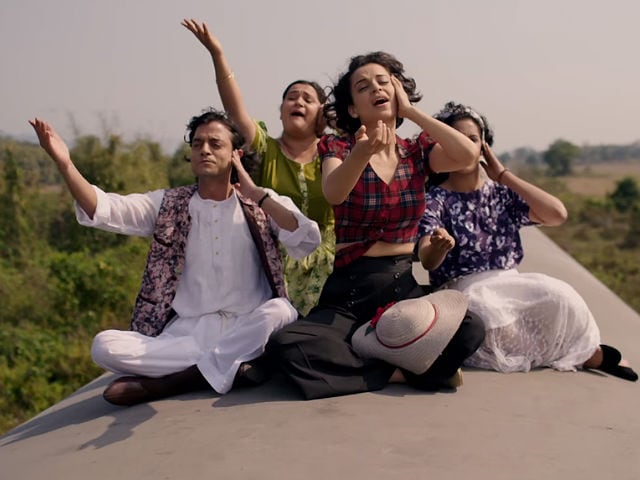 Rangoon Song Tippa: Kangana Ranaut in a still from the song

Tippa, the new song from Kangana Ranaut's Rangoon has been entirely shot inside a train. Rangoon is set against the backdrop of World War 2 and casts Kangana as Miss Julia, a 1940s film star. The trailer of Vishal Bhardwaj's war-drama showed that Julia is forced to venture on a trip to Burma, where the British Indian army were up against Subhash Chandra Bose's Indian National Army. Kangana appeared rather displeased and even tried to escape from a running train. The new song Tippa is a detailed account of Miss Julia's predicament inside the train to Burma. Shahid Kapoor stars as a soldier, Nawab Malik, and appears to be in charge of Miss Julia's safety during her trip.
The new