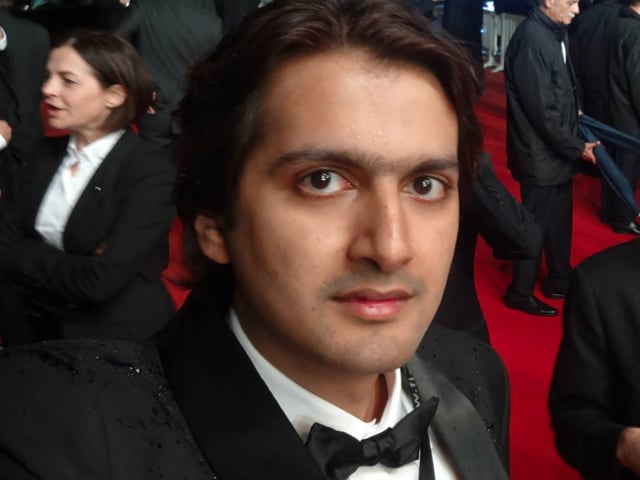 This image was posted on Facebook by Ricky Kej

Friendly. Down to earth, well almost. It is possible that Ricky Kej's feet have not quite yet touched the ground after his Grammy win for Best New Age Album for his collaboration with South African flutist, Wouter Kellerman, on Winds of Samsara.

But who can blame him - not every musician gets to win a Grammy. The 33 year old told NDTV, "It will take a while to sink in. It is a lifelong dream come true, actually maybe I didn't even dream of it. The first person I spoke to after the win was Hans Zimmer and he treated me like a colleague and I was all fanboy all over him! It puts you in a whole different level and it is very exciting."

Hans is not the only big name musician Ricky has met. He is just off another exciting project - one with a cause - with Peter Gabriel. "I did an album called To Unite All with Peter Gabriel which is an album for healing and peace in middle east, especially Gaza, it is a concern we both have - the organisation that put us together is Project Peace on Earth," he said.

It is true that many of his fellow Indians began discovering Ricky's music after his big win abroad. "I have seen a lot of success abroad. I was number one on radio airplay in America, number one on billboard charts, saw so many sales, got nominated and won so many awards. But nothing beats the feeling of being encouraged and supported in your own country. So it is a very good feeling after the Grammy."

The Bangalore-based musician is enjoying the Grammy high but he has no plans to rest on his laurels. He said, "This was a milestone I thought I would achieve when I am 60 or 70 and I achieved it pretty early on. So this has encouraged me to continue doing music - and to continue doing music for peace in the world. I think there is a greater responsibility for me to do this and I am trying to fulfill that responsibility."