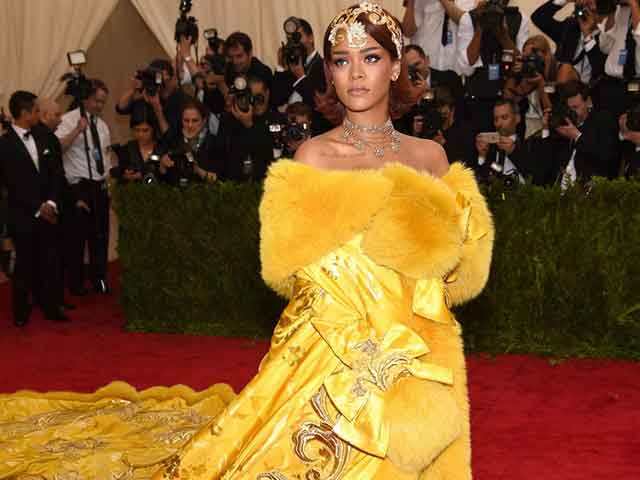 "It was all stitched together by one woman, designer Guo Pei," said Rihanna

R&B star Rihanna's ignited chatter among people with her jaw-dropping costume at the 2015 Met Gala, which she claimed took two years to make.
The 27-year-old singer said it was all stitched together by one woman, designer Guo Pei, reported Ace Showbiz.
"It's a miracle how it happened actually. I saw this beautiful beast on the Internet. I was looking through, you know, researching Chinese couture ... It's handmade by one Chinese woman." She then added, "It took two years to make this."
Rihanna stunned almost everyone attending the yearly Met Gala held on May 4 at the Metropolitan Museum of Art in New York City with her fur dress that featured gold embroidery and a super long train.