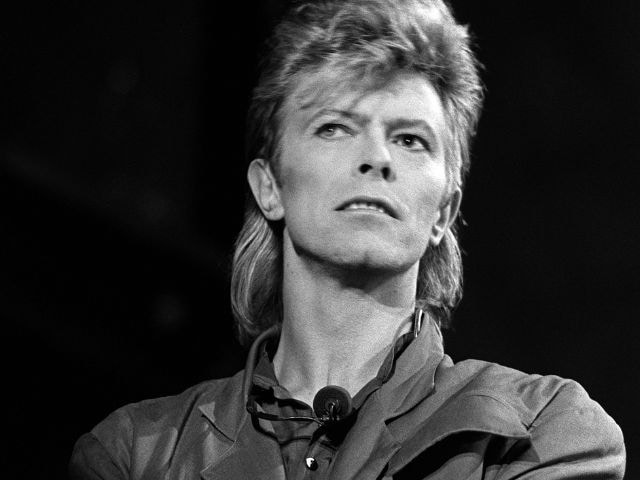 File photo of David Bowie from a concert in La Courneuve in 1987. (Image courtesy: AFP)

The death of music icon David Bowie drew tributes from around the world Monday, with leading figures from music and show business recalling his transformation of music and trailblazing, androgynous style. (Also Read: 10 Defining Moments of David Bowie's Career)
Here are some of the reactions:

I'm devastated. David Bowie changed the course of my life forever. I never felt like I fit in growing up in... https://t.co/D1GnQzIRqw

The Rolling Stones are shocked and deeply saddened to hear of the death of our dear friend David Bowie... 1/2

As well as being a wonderful and kind man, he was an extraordinary artist, and a true original. 2/2 #DavidBowie

David was always an inspiration to me and a true original. He was wonderfully shameless in his work. 1/2

We had so many good times together. He was my friend, I will never forget him. 2/2 pic.twitter.com/9xfPj88x8b

MESSAGE FROM IGGY: "David's friendship was the light of my life. I never met such a brilliant person. He was the best there is. - Iggy Pop"

David Bowie was one of my most important inspirations, so fearless, so creative, he gave us magic for a lifetime.

David Bowie was a true innovator, a true creative. May he rest in peace #RIPDavidBowie

I can never express into words how you will continue to inspire me... Thank you for showing a pimple-faced, curly-mopped kid that DIFFERENT was THE THING TO BE. A GENIUS for the ages and the ages to come. #ripdavidbowie

I am still in shock. Never saw it coming. My deepest condolences to Iman and the family. An amazing life. An amazing career.

#DavidBowie was a courageous, visionary artist, one of my favorites. I love the world more because of what he created while he was in it. Sending great sympathy and love to his family during this difficult time.

Thank you for giving so much to our world. #rip #davidbowie

I'm sorry but I'm just not able to accept that David Bowie is gone. It doesn't feel real. It'll take time. He's immortal to me. He was King.

Shocked and sad to hear about the passing of David Bowie. He was the definition of cool. A true pioneer, a fearless trailblazer. #RIP

One of a kind. Was honored to have spent time in his company, Rest in peace #DavidBowie K pic.twitter.com/PBnBs2ajGW

This is the only uncool thing David Bowie has ever done.

#DavidBowie Thank you for coming down to meet us. I think you blew our minds.

I love how we all found Bowie at different times, and all met a different person. He was a Time Lord, and we were briefly his companions.

"I don't know where I'm going from here, but I promise it won't be boring." - David Bowie, who gave us all so much. RIP.