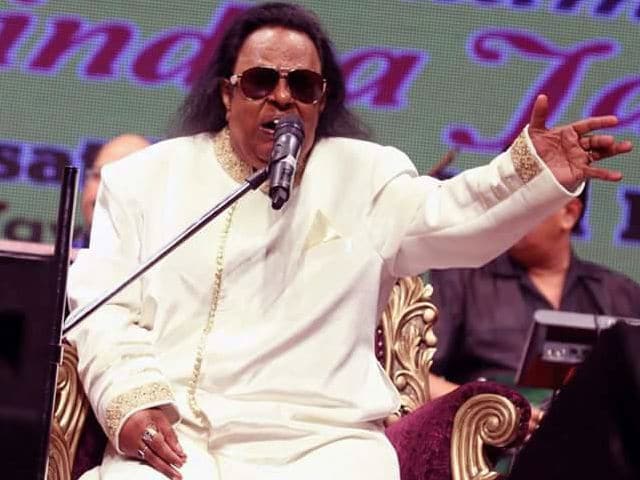 He died at the age of 71 following prolonged illness. (Image courtesy: Ravindra Jain)

Celebrities like Lata Mangeshkar, Rishi Kapoor, Hema Malini and Paresh Rawal mourned the demise of music director Ravindra Jain calling it a great loss to the music industry. Mr Jain died at the age of 71 following prolonged illness at a private hospital on Friday

R I P. Ravindra Jain "Daddu". Thank you for the lovely music. You did Henna for me.

Just heard the shattering news that my beloved Dada,RavindraJain passed away today after falling sick at a concert in Nagpur.I am devastated

I've been closely associated with him for so many years! He has set lyrics & music for my dance ballets & we were in perfect sync

He understood exactly wht I wanted & was able to interpret my ideas perfectly. He can never be replaced. Rest in peace dearest Dada

Such a gt music director & a grter master of lyrics.He was waitg to write and compose music for my ballet 'Ganga'. Will miss him miss him!

Sad to know about the demise of #RavindraJain ji From Chor Machaye Shor to Heena ur contribution in Indian music will always be missed. RIP

One of The Greatest Creative Geniuses!! Ravindra Jain Ji Lives on... In his Songs... Music died a little today..

Ramayana on TV, the songs of Chitchor, lyrics of Ankhiyon Ke Jharokhon Se & so much more.. #Epic lifetime in music! Ravindra Jain. RIP

RIP Ravindra Jain. Very sad news. A Huge loss to the Indian music industry. We will miss you.

RIP dada Ravindra Jain Ji a legend who we were privileged to have in our time and dance to ur music! will miss u pic.twitter.com/z9MnkPprS4

Another Gem of our Music N Film industry Ravindra Jain has left us for his Spritual mahayatra, We Used to Call him Daddu...

He had been suffering from kidney ailments for some time and had been admitted to The Wockhardt Super Specialty Hospital in Nagpur on Tuesday. Owing to his ill-health, he could not attend a scheduled music concert in the state's second capital.
As there was little improvement in his condition, Mr Jain was airlifted to Mumbai by his family on Wednesday and admitted in the ICU of Lilavati Hospital and kept on a ventilator.
Born blind on February 28, 1944, Mr Jain started his musical career in the early 1970s and went on to compose some of the most memorable numbers in superhit movies like Ankhiyon Ke Jharokhon Se, Chitchor, Chor Machaye Shor, Geet Gaata Chal, Shyam Tere Kitne Naam, Ram Teri Ganga Maili and Henna.