Riteish Deshmukh and Nargis Fakhri Pump It Up in Banjo Party

The song talks about how it'll play in every corner of the world - "from Nagpur to New York, from Lucknow to London, from Patna to Paris, from Jaipur to Japan" 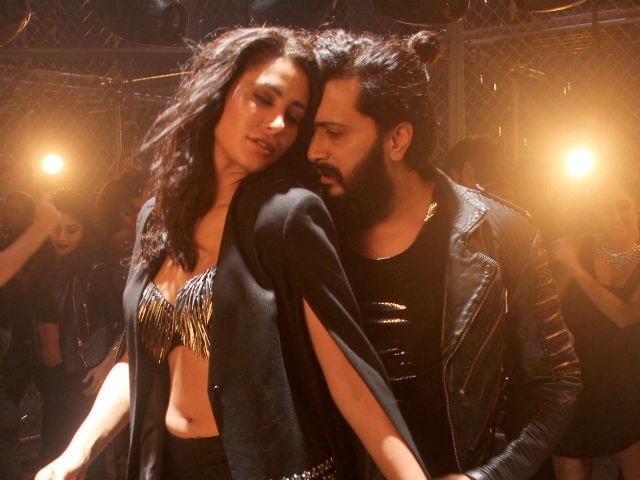 A still from Banjo Party

As promised, the makers of upcoming musical filmBanjo have released a promotional party song just days before the film's release.
The foot-tapping number, titled 'Banjo Party' was unveiled on Tuesday morning by lead actress Nargis Fakhri on Twitter and was an instant hit amongst fans and followers.
With lyrics by director Ravi Jadhav and Vishal Dadlani and music by Vishal-Shekhar, the song, which features vocals by Neeti Mohan and Vishal himself, talks about how it'll play in every corner of the world - "from Nagpur to New York, from Lucknow to London, from Patna to Paris, from Jaipur to Japan."
We agree. The song has all the ingredients to become a chart-topper. Not to mention Nargis and Riteish's 'rockstar' look in the video, which has become the talk of the town.


The Banjo Party song is out ! Check it https://t.co/6oFaCfw0zL

Just a few days ago, Nargis posted a sneak peek of her and co-star Riteish Deshmukh grooving to the beats of the new song from their film on a set constructed in Mumbai. And we must say that the final product is as hip and happening as the shoot.

Banjo, produced by Krishika Lulla of Eros International, is set to release this Friday. The song Banjo Party will feature during the end credits of the film.