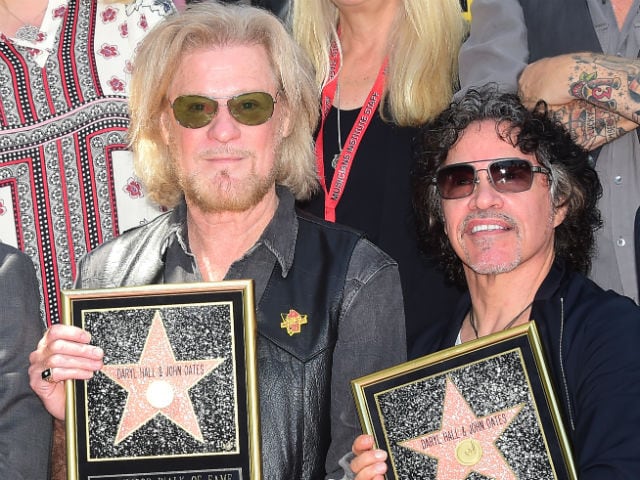 Top-selling rock duo Daryl Hall and John Oates, known for hits like Out of Touch and Maneater under their stage-name Hall & Oates, were honoured with a star on Hollywood's Walk of Fame on Friday.
"It's an honour to be part of the great sidewalk of fame," John said during the ceremony attended by music executive Jerry Greenberg and Eurythmics guitarist Dave Stewart. 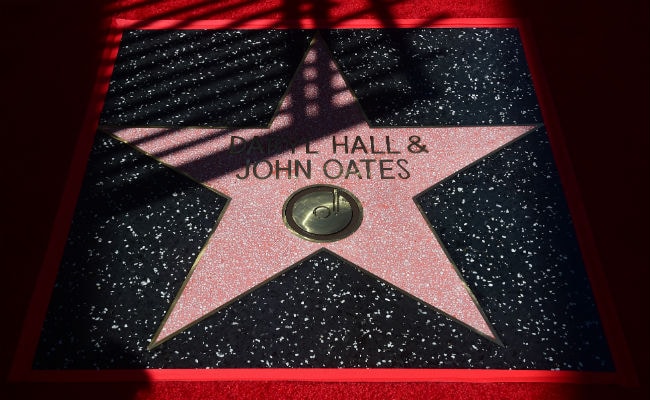 "LA has a really special place in my memories," he added. "We recorded three albums out here in the mid-70s. And it's always been a blast to come out here, and the entertainment business and the entertainment fans are the best."
Daryl and John formed their partnership in 1972 and then went on to record 21 albums that have sold more than 80 million copies.
The pair, who still perform together at concerts, were recognized as rock's all-time best selling duo in 1987 by the Recording Industry Association of America, a distinction they still hold.