Sachin: A Billion Dreams- The Sachin Anthem Is Out And It Will Refresh Your Memory

On Tuesday, the makers of the film unveiled the second song from their movie, titled Sachin Sachin 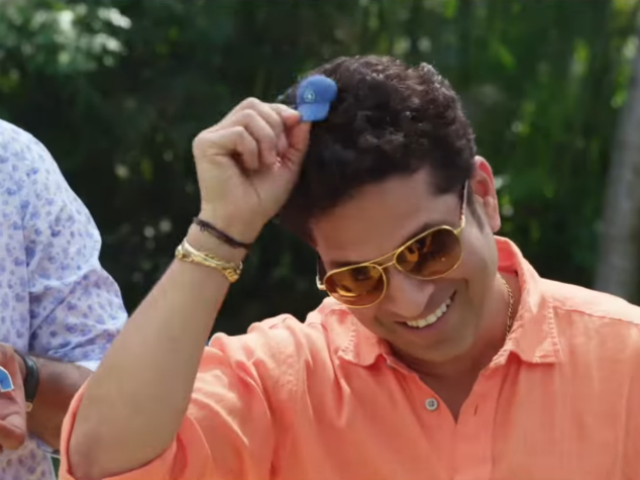 A still from the song Sachin Sachin

Sachin: A Billion Dreams, a biopic on legendary cricketer Sachin Tendulkar, is all set to release in theatres on May 26. On Tuesday, the makers of the film unveiled the second song from their movie, titled Sachin Sachin. The two-minute video begins with a glimpse of an empty stadium and chants of 'Sachin, Sachin' reverberating. From Sachin Tendulkar's rigorous training sessions to his victories, the song is sure to refresh your memories of the 'God of Cricket.' The 44-year-old cricketer shared the video of the song on Twitter and wrote: "A trip down memory lane. Nostalgia hits! #SachinSachin. Thank you all for such love & support! #SachinABillionDreams."
Watch the song Sachin Sachin here:

Sachin Sachin has been voiced by Sukhwinder Singh and Kaly and the music has been composed by the A R Rahman.
The first song from Sachin: A Billion Dreams, titled Hind Mere Jind, was unveiled by the makers of the film on April 24, Sachin Tendulkar's birthday.

The trailer of Sachin: A Billion Dreams was released on April 13. Sharing the trailer on Twitter, Sachin wrote: "The stage is set and we are ready to begin."

Sachin: A Billion Dreams has been written and directed by James Erskine. The film will also be released in Tamil, Telugu and Marathi.
Sachin Tendulkar started playing cricket at the age of eleven. He has played 664 international cricket matches in total and scored 34,357 runs. In 2013, Sachin Tendulkar announced his retirement from all forms of cricket. He is currently the mentor of Indian Premier League team Mumbai Indians.