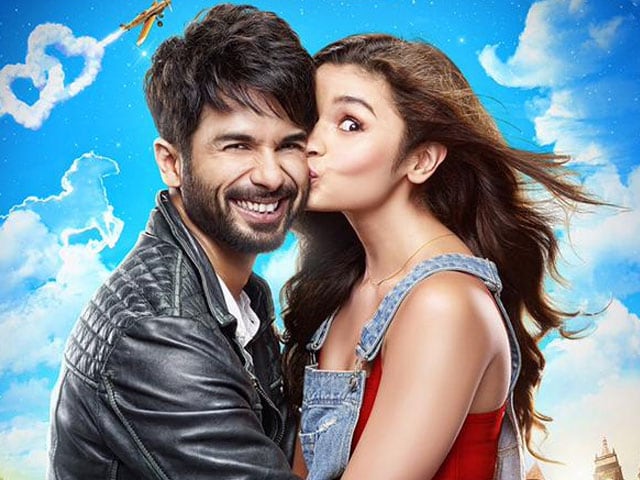 "From the word go, till the end, it is mad. The film is about how a wedding takes place in a particular place. So the film's music album is full of the flavour of shaadi and dhamal"

Music composer Amit Trivedi said that the music of his upcoming movie Shaandaar, which stars Alia Bhatt and Shahid Kapoor will have a youthful appeal.
Amit, who recently composed for Anurag Kashyap's period drama Bombay Velvet also mentioned that the soundtracks of the Vikas Bahl-directed romantic comedy is peppy. (Also Read: Amit Trivedi: Bombay Velvet's Failure Affected Its Music)
"It's an out-and-out mad wedding film. From the word go, till the end, it is mad. The film is about how a wedding takes place in a particular place. So the film's music album is full of the flavour of shaadi and dhamal," he told PTI.
Karan Johar and Alia recently shared the first look of the film which features the endearing on-screen couple. The movie is slated to release on October 22. (Also Read: Shaandaar First Look: Alia Has a Kiss For Shahid)
Amit who also composed for Karan's 2012 production Ek Main Aur Ekk Tu, said that the music of Shaandaar will have a different mood.
"There is a huge difference between what I composed for Ek Main Aur Ekk Tu and Shaandaar. There is no connection. It is nothing like a Karan Johar movie. It is Vikas Bahl's. So the madness, the quirk is all Vikas'," he said.
The composer and Mr Bahl created magic with their collaboration on Kangana Ranaut's hit movie Queen, whose songs like London Thumakda, Kinare and a remixed version of Hungama Ho Gaya were very successful.
He also said Anvita Dutt has written one number in the movie while his long-time collaborator Amitabh Bhattacharya has penned the rest of the songs.
Amit's next movie Udta Punjab, directed by Abhishek Chaubey of Ishqiya fame, is again with Phantom Films and is in a complete different vein to Shaandaar.
"It's too early to talk about Udta Punjab, which releases next year. It's a dark film, about the massive drug abuse scenario in Punjab. It will feature Shahid and Alia again but it'll be completely different from Shaandaar," he concluded.