Shah Rukh Khan said: "The train was running slow. It was very scary. Because even when you lie down it was like you could literally hear the bridge pass over you. That song was shot guerrilla style. A couple of people inside the train fell" 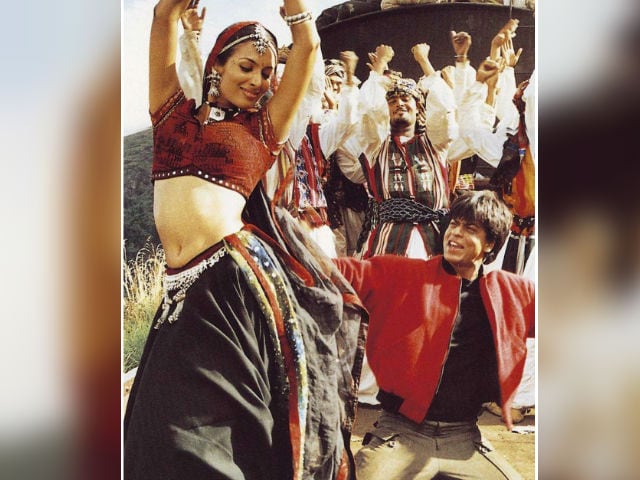 Seeing pictures and video of Shah Rukh Khan onboard a train from Mumbai to Delhi invoked memories of several movie scenes in which he's been put into, and once memorably on top of, a train. Most iconic of these is the climax of Dilwale Dulhania Le Jayenge, in which Simran runs towards Raj on the train, but the most remarkable is Chaiyya Chaiyya, the song from 1998 film Dil Se that was shot on the roof of a moving train. Onboard the August Kranti Express, somewhere between Mumbai and Delhi last night, Shah Rukh Khan told news agency PTI that shooting Chaiyya Chaiyya was 'difficult' and 'scary' and it's not hard to understand why. What you see in Chaiyya Chaiyya - Shah Rukh Khan and Malaika Arora Khan dancing on a train-top that is loaded with fellow dancers and travelers - is literally what was shot, without green screens or stunt doubles or special effects of any sort.
Shah Rukh Khan, who is 51 now and was about 30 when Dil Se was made, recounted how the heart-stopping shoot went down. "Except me, everybody was tied to the train and that is exactly why I could do the jumps. The dancers were all tied down that is why it was very difficult," he said to PTI.
"The train was running slow. But many times those overhead bridges use to come and there was no communication like how you have those speakers now," he revealed. The safety measures taken were rudimentary - choreographer Farah Khan devised a system where a white cloth would be waved at SRK whenever the train approached a bridge. It was signal to stop the song and SRK would crouch down.
"It was very scary. Because even when you lie down it was like you could literally hear the bridge pass over you. That song was shot guerrilla style. A couple of people inside the train fell. The train would stop and suddenly start. It was very difficult or shoot the song. It was fun but difficult," Shah Rukh Khan told PTI.
Just for perspective, watch Shah Rukh Khan and Malaika Arora Khan dance on the train in Chaiyya Chaiyya:

Shah Rukh Khan's train journey from Mumbai to Delhi was to promote his new film Raees, which releases tomorrow. The film co-stars Nawazuddin Siddiqui and Mahira Khan. A special song features actress Sunny Leone, who was on the train with SRK, Raees director Rahul Dholakia and producer Ritesh Sidhwani.
(With inputs from PTI)