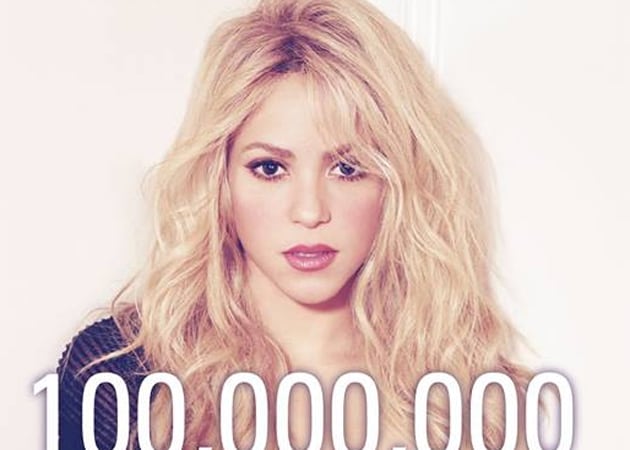 A part of an image posted on Facebook by Shakira

Grammy-winner Shakira has set a record on Facebook by becoming the first celebrity to garner 100 million likes on the social networking site.
The 37-year-old Columbian singer is the first person ever to reach the 100 million mark on Facebook, reported the People magazine.
"I am honoured and humbled about reaching this milestone. Social media and specifically Facebook has helped myself and other artists bridge the gap between the stage and the audience," said Shakira.
Facebook founder and CEO Mark Zuckerberg congratulated Shakira on her achievement. "Congrats! What an amazing milestone for an amazing person," he wrote in a comment on her page.
The Waka Waka singer also posted a video of her notable Facebook moments throughout the years on the social networking site.  (Pics: Shakira's son Milan)
The video includes her charity work, album covers, a baby bump photo and cute snapshots of her son, Milan at 18 months. Along with that she posted a video thanking her fans for their support.
View the video she posted on Facebook:
Post by Shakira.
Shakira also thanked her fans though another video:
Post by Shakira.