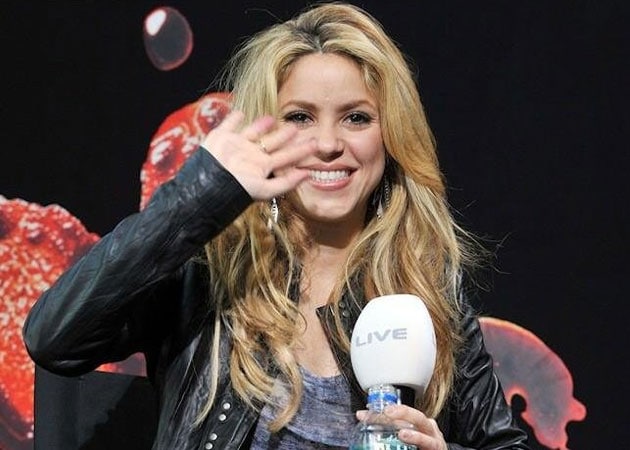 After a five-year break, Shakira is back with a new, self-titled album.

Colombian pop star Shakira has recorded her second official World Cup song after the superhit Waka Waka back in 2010. The 37-year-old singer, who has been in a relationship with Spanish footballer Gerard Pique since 2010, has penned La La La - a reworked version of her new song Dare, for this summer's Brazil event, reported Daily Star.
"It is an upbeat, Brazilian track. The lyrics are personal and I have actually recorded a version for the World Cup," Shakira said.
Even the singer's son Milan features on the track. "I was in the studio and Milan came in to hang out in the afternoon. I had him on my lap and he was listening and then when it came to the end of the song, he just went 'myah'," she said.
After a five-year break, Shakira is back with a new, self-titled album. She says getting Rihanna for her lead single Can't Remember To Forget You was easy.
"Rihanna is very sweet, very humble, very warm. She is not a diva at all. She was a treat, I feel humbled and very honoured to work with her," she said.