Shamshad Begum was born in Lahore, not Amritsar: Daughter 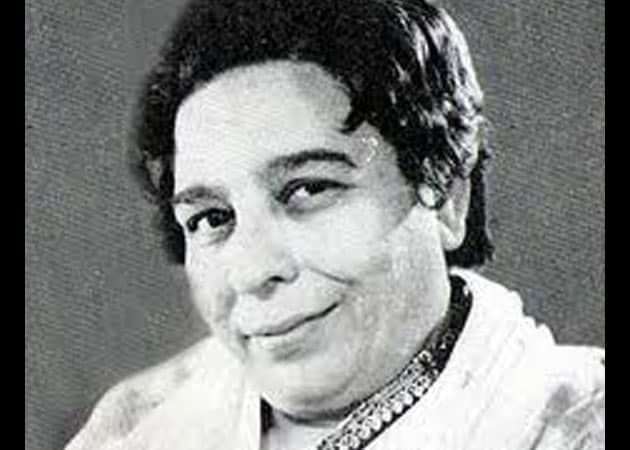 Shamshad Begum died at the age of 94

Shamshad Begum was born in Lahore, not in Amritsar, the legendary singer's only daughter, Usha Ratra, has clarified, also opening up about her mother's shy nature, personal struggles and professional achievements.

Shamshad Begum was born in Lahore, not in Amritsar, the legendary singer's only daughter, Usha Ratra, has clarified, also opening up about her mother's shy nature, personal struggles and professional achievements.
"She was born in Lahore but on each website they say she was born in Amritsar. But please rectify she was born in Lahore. She comes from a Muslim family and her father was a 'mistry' (mechanic). They were seven to eight siblings and her family was very conservative," Ratra told IANS in an interview.
Shamshad Begum, the voice behind evergreen numbers like Mere piya gaye Rangoon and Kajra mohabbat wala, died here on April 23. She was 94. A widow since 1955, she lived with her daughter here.
The singer's talent was first spotted by her school principal but "in those days, a girl singing a song was not really a good thing", said Ratra, adding: "My nani (maternal grandmother) was very conservative." It was Shamshad Begum's uncle who used to encourage her talent.
"His name was Aamir Khan. He used to like songs. Her chacha used to encourage her and she used to sing during Muharram. She used to earn 1 paisa. One paisa was equivalent to today's Rs 50 in those days," said Ratra. Professionally, she got her first contract with composer Ghulam Haider.
Shamshad Begum's songs were famous among rich people.
"Whatever she used to sing was famous only among rich people. Gramophones used to come for Rs 250 and one record for around Rs 2, which was very expensive at that point of time. Only rich people used to hear them. She was well-known among the rich," said Ratra, who has one son and two grandchildren.
Amongst the first women playback singers in the Hindi film industry, Shamshad Begum got her first break with a radio station in December 1947. It opened several doors for her - she was even asked to act while singing, but her father flatly refused to permit it.
Veteran filmmaker Mehboob Khan was the one who brought Shamshad Begum into Bollywood. "Mehboob sahab told my father, 'I will take her to Mumbai and give her a flat, car, conveyance and even if four to six people accompany her, it's fine. Please let her come to Mumbai'. My nana (maternal grandfather) was not convinced but he had to give in because my mom wanted to go to Mumbai," Ratra said.
"She earned respect and affection from the people because of her hard work and dedication... She helped everyone, but later people just took advantage of it and used her. I always used to tell her, 'Why do you help everyone, they are not even thankful'."
"But she used to say, 'Whatever I have got, I have got from my god; I am not going to take anything with me. And the law of life is whoever goes up and tastes fame and name has to come down today or tomorrow. So I have tasted success and am happy about that and I am prepared for everything'," Ratra added.
Shamshad Begum's voice with a nasal tinge became iconic during her times. She sang numbers like Leke pehla pehla pyar, Kahin pe nigahen, kahinpe nishaana, Chhod babul ka ghar, Saiyan dil me aana re and Teri mehfil me kismat ajmaa kar hum bhi dekhenge.