"Shraddha is a classically trained singer. So, when she renders a song, she delivers all the musical nuances beautifully," says Ankit Tiwari 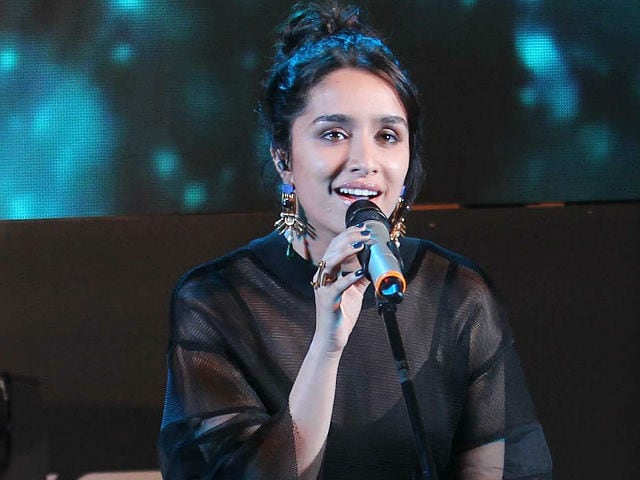 Shraddha Kapoor is known for her acting prowess as well as her singing talent and singer-composer Ankit Tiwari believes that the actress is well trained to take it up as a profession.
"Shraddha is a classically trained singer. So, when she renders a song, she delivers all the musical nuances beautifully. I think she is well trained enough to take up singing professionally," Ankit told IANS.
Shraddha's voice in songs like Galliyan (composed by Ankit), and Bezubaan Phir Se has been well appreciated by listeners. She got a chance to sing her own songs in the musical drama Rock On 2 - sequel of Rock On!!.
In Rock On 2, she has sung three songs - Tere Mere Dil, Rock On Revisited and Udja Re. The actress is also performing live on the concert for the promotion of the film. It is slated to release on November 11.
(Except for the headline, this story has not been edited by NDTV staff and is published from a syndicated feed.)