Siddharth is Constantly Compared to Father Shankar Mahadevan. He Says...

"It's a blessing for me that I'm his son but there is pressure of course, as there will be expectations. People will compare but I take all those things in a positive way," said Siddharth 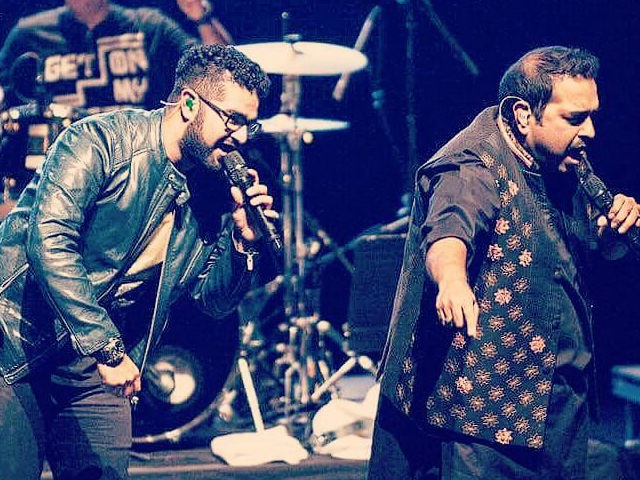 This image was posted on Facebook by Siddharth Mahadevan

In his three-year-old career, Siddharth Mahadevan has managed to make his own identity thanks to hit songs from Bhaag Milkha Bhaag and Dil Dhadakne Do but the singer says he constantly feels the pressure of being the son of music director Shankar Mahadevan.
The 23-year-old singer said his father is a true legend and being compared to him is sometimes challenging as people expect similar level of dedication from him.
"It's a blessing for me that I'm his son but there is pressure of course, as there will be expectations. People will compare but I take all those things in a positive way," Siddharth told PTI during Naropa festival 2016 in Leh.
"My father is a true legend and when you are getting compared with an artist like that it makes you work even harder and better," he added.
Siddharth said he tries to follow his father's footsteps from creating his own individuality to making the kind of music he believed in.
"My father always tells me to be original, have my own identity, not try to mimic anyone and stay to the music you believe in and that's what I always try to do," he said.
Siddharth said he never expected his debut song Zinda from Farhan Akhtar's Bhaag Milkha Bhaag would be this huge a success.
"I never knew that I was going to sing for it. I just tried and fortunately they approved my voice. That song has become my identity and now people know me with that song. It was a completely different track. It was a rock song and rock songs generally don't appeal to everybody. But this one really reached out to a lot. It's a great feeling to have your first song be appreaciated by so many people," he said.
When asked if he would also like to try his hands on composing like his father, he said, "I'm already composing music with my cousin and we have already given music in three-four Marathi films so I'm looking forward to compose in Bollywood as well."
Siddharth, who has sung for big names in Bollywood including Shah Rukh Khan in Dilwale and Aamir Khan in Dhoom: 3, now would like to playback for superstar Salman Khan and Hrithik Roshan. "I have already sung for Shah Rukh and Aamir. I would like to sing for Salman Khan and Hrithik Roshan next."
Siddharth's song Teen Gawah in director Rakeysh Omprakash Mehra's Mirzya is being praised, and the singer now looks forward to the music launch of Rock On 2, in which he has sung alongside Farhan Akhtar. The film's music is by Shankar-Ehsaan-Loy.
(Except for the headline, this story has not been edited by NDTV staff and is published from a syndicated feed.)