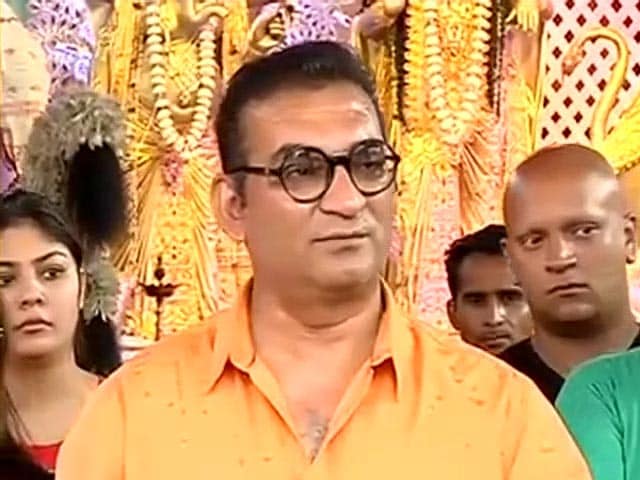 Abhijeet Bhattacharya addresses the press in Mumbai on October 23

The 34-year-old woman has filed a police complaint in which she accuses the singer of touching her inappropriately and abusing her during a concert of singer Kailash Kher earlier this week. The charges of sexual harassment and "intentional insult with intent to provoke breach of peace" are listed in the complaint

Playback singer Abhijeet Bhattacharya, the voice of many stars in the Nineties, was accused by a woman of sexually harassing her during Durga puja celebrations. The 34-year-old woman has filed a police complaint in which she accuses the singer of touching her inappropriately and abusing her during a concert of singer Kailash Kher earlier this week. The charges of sexual harassment and "intentional insult with intent to provoke breach of peace" are listed in the complaint.
The incident allegedly took place at 10 pm on Wednesday at Lokhandwala, at a Durga Puja celebration in which the singer is among the organisers. Abhijeet has denied the harassment and says he only had an argument with the woman, whose uncle is also among the organisers of the Puja.
The singer told the press, "I don't know who she is. Such an incident is not possible in front of a crowd of 50,000 people. My entire family was there. Saying 'hello' or 'hi' to anyone does not amount to molestation. She didn't go to the police station. The police took her there. She was abusing and it became necessary to evict her from the auditorium. Gate crashing and nuisance is the main factor. Let's not talk about these things on Vijayadashami. Let us enjoy today."
He also defended himself on twitter on Friday, in response to a supportive comment by Censor Board member Ashok Pandit.


Lokhandwala #DurgaPooja is one of the most well organised event by @abhijeetsinger & no one cn sabotage it. https://t.co/wkPurP9omE

Request police to do a thorough investigation & nail the real culprit.#DurgaPooja#Lokhandwala

Yes it's sabotage, our security agency and admin who are handling the crowd well .. Can't make every 1 happy https://t.co/stdQc206e1

A senior police officer, Subhash Khanvilkar, was quoted by the Press Trust of India as saying, "While the programme was going on, a woman stood up in between (the rows of the audience) that blocked the view of stage for the people sitting behind. People started shouting at her and when she did not listen, Abhijeet himself made her sit down. While trying to move away the victim from where she stood up, Abhijeet allegedly touched and caught her inappropriately."
Singers Shaan, Sonu Nigam and Babul Supriyo also performed at the event. Bengali actor Prosenjit Chatterjee was also invited.
Abhijeet was the voice of actors like Shah Rukh Khan, Saif Ali Khan and Akshay Kumar in the 1990s. He also sang for films like Dhadkan, Chalte Chalte and Om Shanti Om, but lately, he has been in the spotlight more for his controversial comments and tweets than his singing career.
With Inputs from PTI