In a tweet, singer Papon, who recently recorded a song about the river Brahmaputra with superstar Amitabh Bachchan, invited him to visit Assam 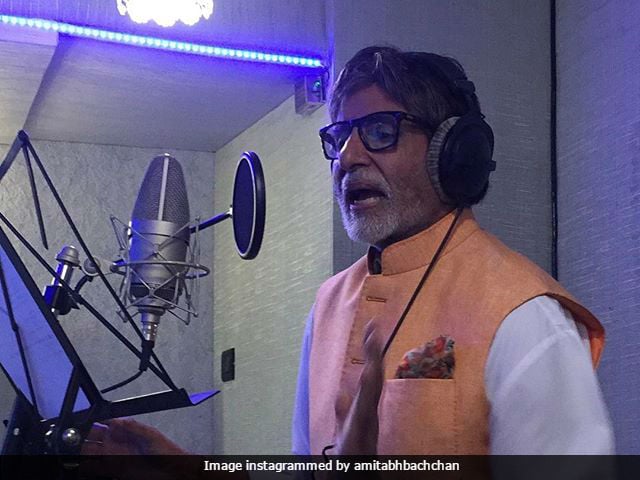 Big B, in his blog, announced that he teamed up with singer Papon (Image courtesy: amitabhbachchan )

Singer Papon, who recently recorded a song about the river Brahmaputra with superstar Amitabh Bachchan, has invited him to visit his state, Assam. The song, voiced by Amitabh Bachchan, Arijit Singh and Vishal-Shekhar, has been composed by Papon as an anthem for the debut edition of Namami Brahmaputra (a river festival). The 5-day festival, which will celebrate Assam's art, heritage and culture, will be held from March 31 to Aril 4. In his tweet, Papon wrote: "Humbled by your gestures my lovely music fraternity and Amitabh ji. Please come to Assam soon. Forever grateful!" On March 15, Amitabh Bachchan, in his blog, announced that he teamed up with singer Papon for a new song on river Brahmaputra. He also uploaded photographs from the late singer Aadesh Shrivastava's recording studio.

In a statement to news agency IANS, Papon said: "Like the mighty and grand Brahmaputra, I wanted the song to reflect those qualities. Consciously, I also wanted to showcase the Vaishnavite classical music system and used 'bol' using the khol (drum-like instrument made of terracotta, usually played to accompany devotional music)."
He added: "The government asked me to compose the theme song for the festival that celebrates Brahmaputra and since the objective of the festival is to showcase Assam, I felt that if the song was sung by singers from all over the country, it would have a wider reach."
Papon told IANS: "For the Assamese version, I have worked with a generation of singers starting with my mother Archana Mahanta, who is 70, to Rupam Bhuyan who is the youngest of the lot."
Papon, whose real name is Angaraag Mahanta, is the lead singer and founder of the folk-fusion band called Papon and The East India Company. He gained recognition in Bollywood with songs such as - Jiyein Kyun(Dum Maro Dum), Bulleya(Sultan), Moh Moh Ke Dhaage(Dum Laga Ke Haisha) and Humnava( Hamari Adhuri Kahani).
(With IANS inputs)