Sonakshi Sinha And Badshah Are 'Twinning'. What Are They Really Upto? 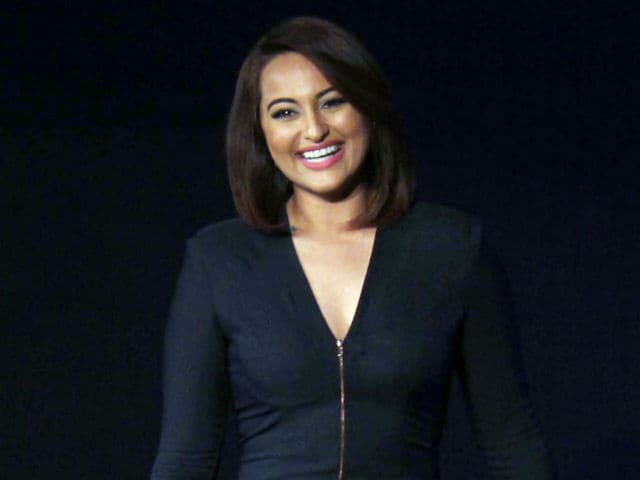 Sonakshi Sinha at an event in Mumbai

Sonakshi Sinha recently dropped a major hint of a probable collaboration with Badshah after posting a picture of herself with the singer-rapper on social media. Sonakshi posted a picture on Twitter and Instagram where she and Badshah can be seen wearing black-matching jersey and the actress captioned the picture: "Twinning and winning at the recording studio with Badshah! #waitforit." The Kala Chashma rapper shared the same post on his Twitter and Instagram accounts. Also, when Sonakshi was promoting Akira in 2016 at Delhi, the rapper was seen joining the actress for an impromptu gig. Badshah has recently re-created the famous hit-track Tamma Tamma for Varun and Alia's upcoming release Badrinath Ki Dulhania.
Here's What Sonakshi Tweeted:


Twinning and winning at the recording studio with @Its_Badshah! #waitforitpic.twitter.com/MrmeyMo3vQ


Twinning and winning in the studio with @aslisona #twinpost #adidas

Also Badshah didn't stop there. The rapper informed his fans and followers on Twitter that singer Shaan helped in his secret collaboration with Sonakshi by letting them have his recording studio. The 29-year-old singer-rapper tweeted just after posting the "twinning" picture: "Super super kind of Shaan sir to accommodate me and Sonakshi at his home studio. Amazing vibes. Thank you sir."
Badshah Thanked Shaan and Tweeted This:


Super super kind of @singer_shaan sir to accommodate me and @sonakshisinha at his home studio. Amazing vibes. Thank you sir

Sonakshi's last release was Force 2 with John Abraham and the actress will next be seen in Sunhil Sippy's Noor, which is an adaptation of Karachi, You're Killing Me! by Pakistani novelist Saba Imtiaz, also starring Kanan Gill, Purab Kohli and Shibani Dandekar. The movie will be a bittersweet tale of a single woman, Noor, who is attached to her profession as a journalist-writer. The movie is set to hit the theatres on April 21.
The Dabaang actress cleared the air by stating to IANS that she will be playing the role of a Mumbai based journalist in Noor: "All I can say is that I am not playing a Pakistani journalist in the film. The film is based on a book, which is written by a Pakistani author. The story has been adapted into a Mumbai backdrop."
Sonakshi always keep her fans updated about herself as of recent she shared her various pictures from her solo trip to Maldives.