"So many new, fresh singers are coming up. Everybody is getting a chance to sing and perform. The audience is accepting them even though some may not necessarily be skilful singers," said Sunidhi Chauhan 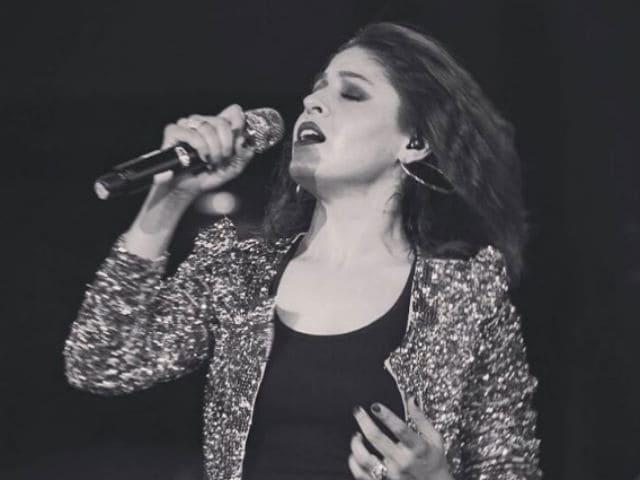 Singer Sunidhi Chauhan said that people are eager to listen to new voices nowadays and that is a good trend.
Sunidhi believes that there is enough space for all the singers, which gives them an opportunity to shine.
"Today, the music industry has gone through a huge change. People are more eager to listen to new voices. And that is a good trend," Sunidhi told PTI.
"So many new, fresh singers are coming up. Everybody is getting a chance to sing and perform. The audience is accepting them even though some may not necessarily be skilful singers," she added.
Another major trend in music industry is that actors are also singing for their films. While some musicians might have expressed their reservation against this, Sunidhi thinks everyone has the freedom to pursue his or her interest.
"Actors singing songs is not unfair at all. Things are not black and white. Everyone has the freedom to do what they feel like. If people are enjoying listening to them, which they are, there is nothing wrong. Actors may feel the need to sing and that is fine according to me. If he or she is a good singer, it will show. We are nobody to predict if the trend will die down or not," said Sunidhi.
Sunidhi will soon be performing at a live radio concert and she said that through such concerts, an artist can reach out to an audience base which doesn't necessarily watch live performances.
"We have lots of people who don't, or can't afford to go to live shows. Through radio, we can reach out to millions at the same time at their own place and environment. Plus, it will give them the feel of listening live. This in turn, may make them think that live shows of an artist should be supported. For us, it is not just playback singing but also live performances that matter," said Sunidhi.
(Except for the headline, this story has not been edited by NDTV staff and is published from a syndicated feed.)