Sunny Leone to Star in a Special Song Opposite Emraan Hashmi 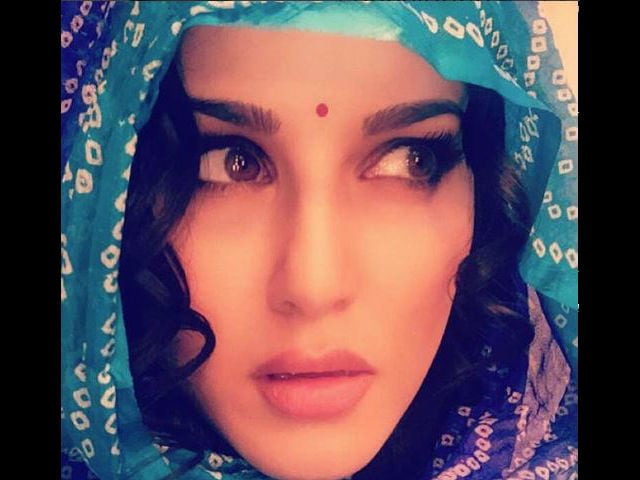 Actress Sunny Leone was recently spotted shooting an item song for Milan Luthria's action thriller Baadshaho opposite Emraan Hashmi.
The actress will be seen sporting a banjara look in this song that has already gone on floors and is being shot entirely in a suburban studio in Mumbai, reported Pinkvilla.
An insider stated, "While Emraan had been rehearsing for weeks at a studio near his Pali Hill home, choreographers were sent to practice with Sunny who was shooting in Hyderabad for another film to rehearse for the Baadshaho song in between takes."
The shooting of the song will continue for four-five days.
Speaking about the song, Milan said: "The song recreates a part of Rajasthan, but I wanted to shoot on a set for ease of lighting and choreography. I met Sunny last year and was instantly surprised with the aura she has about her. She and Emraan are a unique combination and I'm sure it will generate a lot of interest. Working with her is a dream. The song has been choreographed by Vijay and Dimple Ganguly."
The movie has an ensemble cast of Ajay Devgn, Emraan Hashmi, Ileana D'Cruz and Esha Gupta.
The second schedule, including Ajay, Ileana and Esha, is most likely to be shot in Rajasthan in November.
The movie is reportedly slated to release in March 2017.
(Except for the headline, this story has not been edited by NDTV staff and is published from a syndicated feed.)