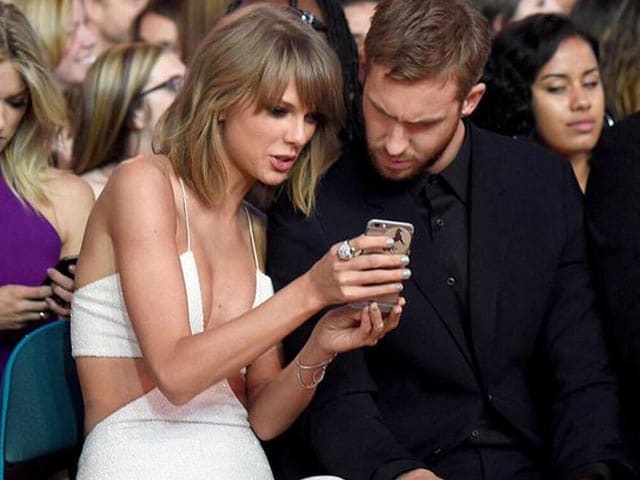 Pop star Taylor Swift and her DJ boyfriend Calvin Harris have been announced as Forbes' World's Highest-Paid Celebrity Couples of 2015, beating reigning champions Beyonce Knowles and Jay-Z.
Taylor and Calvin earned US$ 146 million collectively over the last year. Both have also landed in the top 20 of this year's Celebrity 100.
Each of them can thank their highly successful careers as well as their lucrative endorsement deals for their hefty income.
The Shake It Off hitmaker has deals with Diet Coke, Keds and Sony while the Scottish DJ, who is currently doing a Las Vegas residency at Caesar's Palace, is the face of Giorgio Armani and Sol Republic headphones.
Beyonce and Jay-Z took the second place with a combined annual salary of US$ 110.5 million.
The Single Ladies hitmaker has her own fragrance line and endorsement deals with Pepsi, H&M and others while her husband owns his entertainment company Roc Nation, Armand de Brignac champagne and D'Usse cognac.
Coming in third place are Blake Shelton and Miranda Lambert with combined earnings of US$ 57 million a year. Each of them bring in US$ 28.5 million with Blake serving as the judge of The Voice and having more than 40 solo concerts, while Miranda winning multiple Academy of Country Music Awards and having her own ventures like Red55 Wine, Pink Pistol and Dixie Darlin.