In an Instagram post, Taylor denies that she 'approved' the lyrics of Kanye's song Famous, saying that he explain fully how she was to be referenced 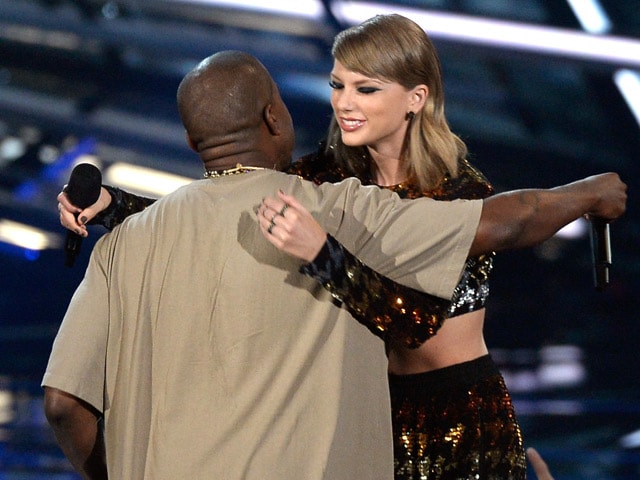 The Bad Blood between Taylor Swift and Kimye just gets worse every day. The 26-year-old singer has now denounced a Snapchat video of a phone call between her and Kanye West that his wife Kim Kardashian posted on Sunday.
In an Instagram post, Taylor denies that she 'approved' the lyrics of Kanye's song Famous, saying that he didn't explain fully how she was to be referenced.


That moment when Kanye West secretly records your phone call, then Kim posts it on the Internet.

In the videos Snapchatted by Kim, Kanye reads this lyric to Taylor on the phone: "To all my southside n*****s that know me best, I feel like me and Taylor might still have sex."

Kanye released the song Famous as part of his album The Life Of Pablo in February. A part referring to Taylor goes: "I made that b@#*h famous" - this is the bit she claims was not run past her.
In February, Kanye tweeted saying that Taylor found the part about her in the song "funny":

Taylor Swift, recently named the world's highest-earning celebrity by Forbes, and Kanye West have publicly been enemies since the rapper crashed her acceptance speech at the MTV Video Music Awards in 2009.