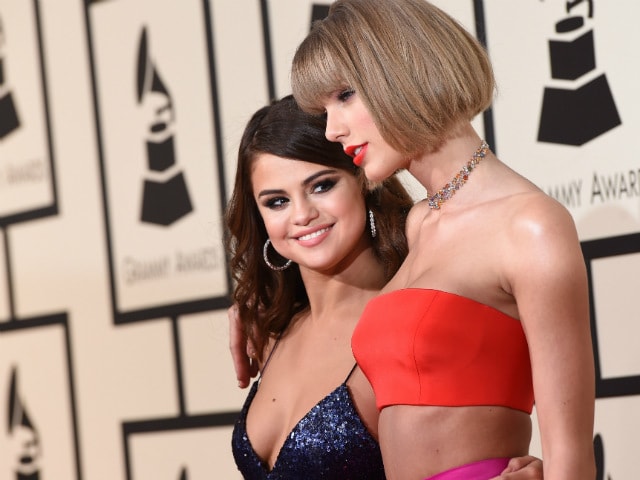 Taylor Swift and Selena Gomez photographed at the Grammy Awards.

Taylor, 26, tweeted a video of herself and best friend Selena Gomez freaking out in the green room. Selena, just one of the many Taylor pals who stars in the video, plays the singer's nemesis, believed to be based on pop star Katy Perry

Taylor Swift and friends won the Best Music Video Grammy for Bad Blood and they couldn't cope. Taylor, 26, tweeted a video of herself and best friend Selena Gomez freaking out in the green room:


Bad Blood just won a Grammy for Best Music Video and we are not ok.@selenagomezpic.twitter.com/EquWAq0UPg

Taylor also won Album of the Year and Best Pop Vocal Album for 1989 but managed to contain her excitement on social media.
Rapper Kendrick Lamar, who collaborated on Bad Blood, won five awards at the Grammys including Best Rap Album for To Pimp a Butterfly. (Also Read: Grammys 2016: Complete List of Winners)